Brack:Sanford is on target about debt, deficit 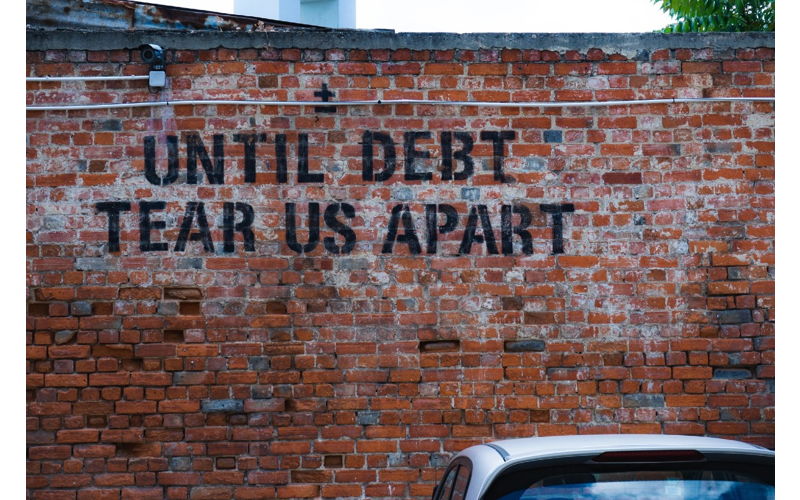 Mark Sanford is onto something: If the United States doesn’t get control of the exploding national debt and deficit, the country will fade away.

This number is mind-numbing. Every second, the national debt goes up by $270,000. The total debt equates to more than $80,000 per person in a country where the federal government collects 10 times less per citizen per year, according to the USDebtClock.org.

The national deficit — what we’re adding to the debt every year — has exploded to $2.9 trillion per year.

This amount of borrowing to spend trillions more than the nation collected in taxes is a familiar theme for Sanford, the state’s former penny-pinching Republican governor and congressman. He has been railing against profligate spending since he rocketed onto the political scene in the U.S. House’s Gingrich revolution of 1994.

“Our present financial course is unsustainable,” Sanford said in a statement announcing his new nonprofit, Americans for Debt and Deficit Reduction. “Never have we seen this level of debt in peacetime and it will have grave consequences for each one of us if left unchecked.

“History shows that soaring national debt, deficits and government spending are hardly a recipe for national prosperity, and more people need to be informed on this.”

The statement noted, “America’s debt levels, when measured against the size of our economy, will soon amass levels not seen since World War II and the Great Depression. The current coronavirus pandemic amplifies these trends, and this makes it that much more important that people have a firm understanding of the impact of governmental debt, deficits and spending.”

Sanford is right. He may not be the perfect messenger, as evidenced how social media criticized a media appearance in which his background looked like a wrinkled white sheet. Or his infamous Appalachian Trail excuse when he was really having an affair.

But he’s right. We’ve got to get this thing under control. It’s eating away at the country’s power and competitiveness. It is, as some say, a clear and present danger to our future security. If Democrats and Republicans don’t stop spending so much, there won’t be much left for much more than paying interest on what we’ve been borrowing. Profligate spending will drown the government to the point that services will dwindle and our infrastructure will rot. Our children and grandchildren’s America will be hardly recognizable compared to what adults have had in recent years.

Sanford isn’t the only South Carolinian who has raised Cain about the soaring deficit and debt. The late U.S. Sen. Fritz Hollings chaired the Senate Budget Committee in the early 1980s when the national debt went over $1 trillion for the first time. By 1993 when I worked for him, the national debt had grown to $4.4 trillion. It made Hollings apoplectic. Two years later when Sanford was in his first term, the debt was $5 trillion. It’s more than quadrupled since then.

Sanford’s slog to get people to wake up to the perils of too much borrowing and fiscal irresponsibility is compelling because it has huge political potential to do something that Washington can’t seem to do — unite. Curbing deficit spending and reining in the debt are issues that can bring politicians together, regardless of party. It’s what America needs now. Yes, we can solve some of our social issues. But we won’t have the capacity for more fixes if we don’t get our fiscal house in order.

“To his credit, Sanford has been willing to raise the national debt as a serious problem, while both Republicans and Democrats have kicked the can down the road,” said Greenville political strategist Chip Felkel, who has long ties to the Republican Party. “This group can have an impact, gain support from both sides of the aisle, certainly outside of D.C. and in D.C., too, if the solutions they offer are executable and aren’t perceived as draconian.

“While that might be the approach needed, it won’t pick up steam if you try to fix this all at once. Sanford’s on to something. Let’s hope people listen.”

Andy Brack is publisher of Charleston City Paper. Have a comment? Send to: feedback@charlestoncitypaper.com.

Brack: Fall for kindness, not coarseness, in days ahead

Brack: A 2020 guide for protecting democracy