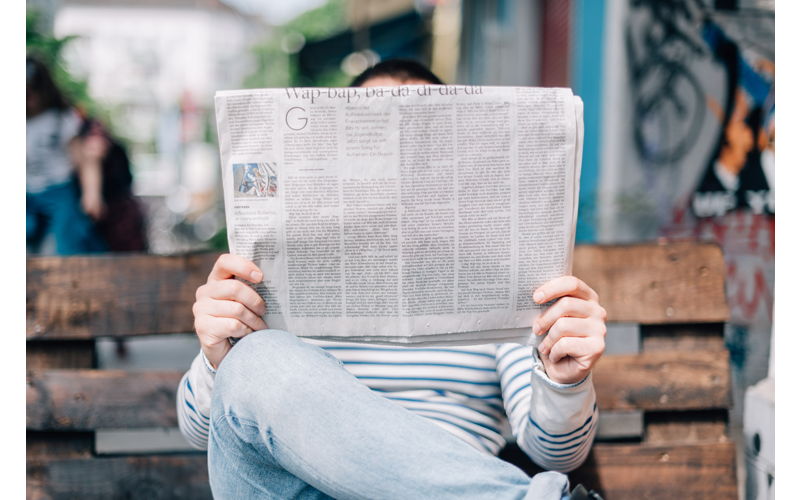 Photo by Roman Kraft on Unsplash

Social media and personality-driven television shows that comment constantly on news blur the traditional firewall between news and opinion. As a result, some newspapers are abrogating a traditional role of endorsing candidates during election season.

This, we think, is wrong. And kind of lazy.

It’s vital in a democratic society for there to be robust debate about candidates seeking to lead our councils, statehouses and other seats of power. Newspapers, as an integral part of the fourth estate, traditionally comment on all aspects of community life. Good ones also publish letters to the editor about candidates and offer commentary opportunities for candidates and interest groups to make their cases. So for newspapers to fail to provide their own informed opinions on which candidates would best serve a community’s needs is to fail the community.

Fortunately if voters don’t want to hear a newspaper’s view of candidates, they can flip the page or use it as bird cage liner before moving on to the sports section.

Newspaper editors certainly don’t endorse candidates for the fun of it. Evaluating candidates, their records and their positions takes a lot of work with in-person interviews, review of detailed questionnaires and candidate material, discussions with members of the community or more.

Newspaper editors suggest the best candidates for particular slots because they believe the opinion pages have a social responsibility to provide readers with the information they need to make informed decisions in our society. Voters certainly can read unbiased news stories by reporters or listen to completely slanted television ads to get information on candidates. But they often ask or wonder, “Yeah, I read that, but what do you really think about Candidate X or do you think Candidate Y will really be able to do the job?”

Because newspaper editors spend much more time than regular readers thinking about government, how it works and the people who are involved, editors and opinion writers are in unique positions of having deep insights into candidates’ characters, effectiveness, work ethics, bias, representativeness and commitment to democracy than do many voters, who often are looking for guidance at the last minute before they head to the polls.

Too many people these days, critics of endorsements say, believe newspapers distort news and create “fake news.” Or, they say, the media are biased and don’t properly distinguish between news and opinion. “As much as we can state definitively that journalists do not make up stories and the vast majority are devoted to reporting without bias,” the Orangeburg Times and Democrat wrote this week, “it’s not hard to see how the line has become blurred between reporting and commentary.”

This criticism reminds me of a recent conversation with a younger journalist who didn’t understand why news and opinion couldn’t be in the same section of a website. Younger people, he said, don’t really see much of a difference between news and opinion.

Perhaps. But to accept that premise is to give up on real journalism and the important role it plays in a democracy to inform, on one hand, and to help readers interpret the news through its opinion pages.

The fact that the lines between news and opinion are blurred also means the media haven’t done a good job of educating young readers about its different roles — to impart information with unbiased coverage of news and to comment on it to help make sense of what’s going on in a community. Those functions are completely separate and should never be inside the same story. News and opinion are separate. The firewall shouldn’t be breached.

Newspapers without editorial endorsements of candidates during the election season are akin to everything in grocery stores marked “lite” these days. They’re pretty good, but just missing the edge that gives them character. Now is the time for the print media to work harder to educate readers on the differences between real news, “fake news” and authentic opinion necessary to keep our democracy strong. The founders knew while robust debate often pits people against each other, it also steers leaders toward compromise and public policy that is better for all, not the few.

Andy Brack is publisher of Charleston City Paper. Have a comment? Send to: feedback@charlestoncitypaper.com.

Brack: Democrats have keys, but need to turn on engine to win