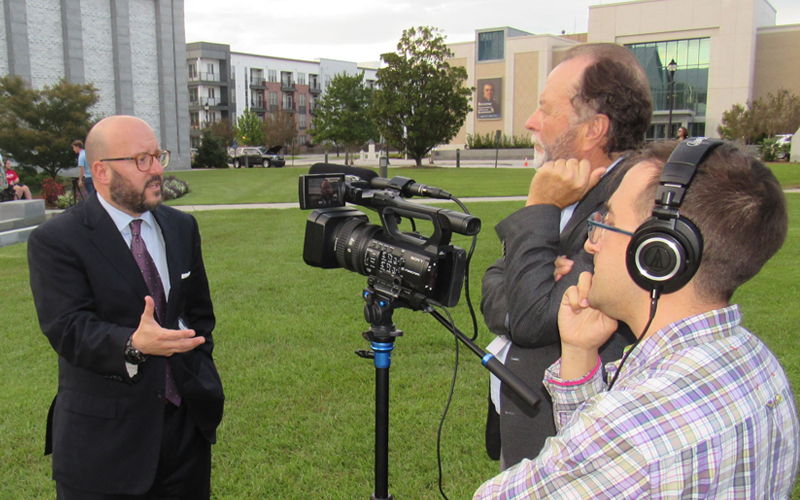 The first referendum on Donald Trump’s presidency was in the 2018 midterm elections, which found him losing control of the U.S. House of Representatives. The second will be Nov. 3 when voters decide whether to continue with lackluster leadership marked by rants, raves, scandals and corruption.

Two years ago during five weeks of interviews in eight states, voters described an America with widening divisions to an Australian-led documentary film crew. The big takeaway, which can now be seen online for free in a five-episode production, was how unhappy Americans had become.

“People feel that they shouldn’t be feeling like that — that there should be a greater sense of oneness in their country and I think that has been a feature of America in times past,” observed Australian pundit Bruce Hawker in 2018. “Now they miss that (oneness) and I think it’s a discombobulating feeling for a lot of Americans. They really feel affected adversely about it. I think they’re also exhausted by the constant conflict, and that’s not a good thing. I suspect it’s going to keep going for the next two years.”

The enmity did get worse, exacerbated by three seasons of coronavirus plus a summer of racial tension and a fall onslaught of negative political ads that hasn’t let up.

“Now in 2020, it feels like the rift is even wider,” Hawker said this week at the rollout of the film. “I think the effects of the pandemic on people’s health and the economy have heightened tensions. The one concern that almost all the people we interviewed had in common was their desire to see less political division. However, we didn’t see much evidence of a willingness by anyone to make the necessary concessions. Time will tell how that division will be resolved.”

In recent weeks, Hawker’s team, which again included me, has been gathering more footage from Arizona, Minnesota and Pennsylvania to South Carolina, Georgia and Florida. A new film on the mood of the country leading to this year’s election is expected to be ready early next year.

“When we went to the U.S. in 2018, what we found were there were a lot of people who believed that he [President Trump] still deserved the benefit of the doubt,” he said. “They had worried about the way he tweeted, his attitudes towards women and even his attitude towards minorities. But they always had the word ‘but’ coming after their concerns — ‘but he’s a businessman’ or ‘but he wasn’t elected to be a politician’ or ‘but he’s getting the economy going.’

“Since then, of course, we’ve had a major upheaval in the American society, just as we’ve seen around the world. Their economy has been hit by the coronavirus pandemic and that has changed the political and social landscape significantly. For many people, including African Americans, the annoyance they had in 2018 about Trump and his racially-motivated statements has now become anger and fear in many people’s minds because they see him as potentially unleashing mobs against them.”

U.S. Rep. Jim Clyburn, the South Carolina Democrat who is third in leadership in the U.S. House, said Americans are sick of Trump’s bombast and bluster. Now in 2020, it’s coming home to roost.

Clyburn said the 2020 election would shift the country toward the center, just as has happened time after time in its history.

Andy Brack, publisher of Charleston City Paper, served as director of A Hard Road: Travels in Trump’s America, which debuted this week. Episode Two focuses on South Carolina. Have a comment? Send to feedback@charlestoncitypaper.com.

Brack: Democrats have keys, but need to turn on engine to win