BOOK REVIEW: Broccoli and Other Tales of Food and Love 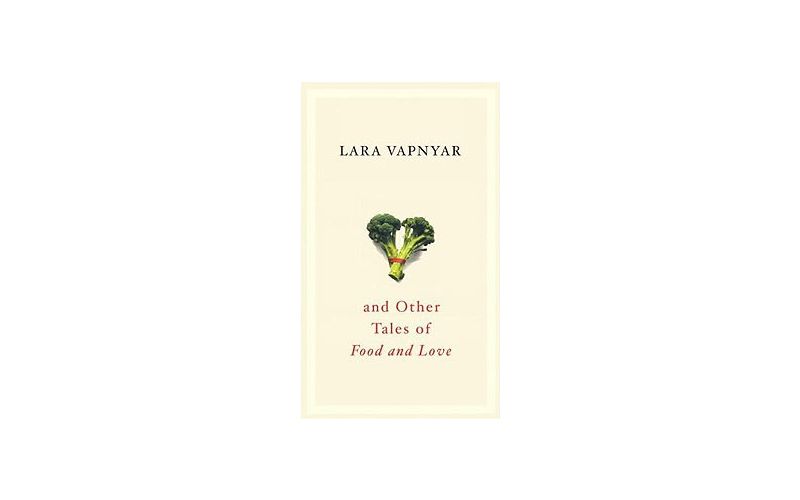 Broccoli and Other Tales of Food and Love [Buy Now]

Lara Vapnyar writes about what she knows. She emigrated from Russia to Brooklyn in 1994. Broccoli and Other Tales of Food and Love is her third book about Russian immigrants living in New York City.

Vapnyar writes with depth and a poignant understanding of the Russian-American psyche — and in Broccoli, a deep affection for Eastern European food. In six chapters, the story collection takes you into their lives and slowly reveals the bittersweet reality of their quests for love in a new homeland.

A sense of melancholy pervades the book, as you immerse yourself in the characters’ tales of loneliness, nostalgia, and insecurity. But the small portraits Vapnyar paints are endearing and comical in their eccentricity.

Though the stories have bitterness, they are still sweet. The lightness to them all, whether shown through the characters’ perseverance of hope or brief contentment with their crestfallen state, is their lasting legacy.

The stories may pertain exclusively to Russians, but the feelings they capture are universal. We all know what it feels like to be left wanting.

Food, like music, can bring you back to a moment in time. For the cast of Broccoli, the smell and taste of spinach or memories of puffed rice help them relive their Russian past and hold on to a piece of their heritage.

Food is a character in this book. It intertwines with emotions and closes the divide between people. Taking a whiff of boiling broccoli on an awkward first date gives characters, like a newly divorced Nina, a moment of clarity during the confusion of her resettled life.

In “Puffed Rice and Meatballs,” Katya’s pillow talk focuses on childhood memories of meatballs rather than on communism in order to feel confident with her new lover.

They are tales of comfort food in one of its most complex states.

Some characters are more memorable than others. Like Sergey, who pays for a prostitute to satiate his desire for intimacy after years of estrangement from his girlfriend in Russia. He ends up finding relief in a bowl of Borscht.

But Vapnyar has a knack for describing people and settings in a simple and thoughtful way, ripe with detail, that makes each enjoyable to read. The stories are short, but they somehow feel complete.

Broccoli and Other Tales of Food and Love is a fast and engaging read, perfect for fleeting attention spans. Though the stories are sweet and offbeat, the downside of Broccoli is that the food seems pretty unappetizing.

At the back of the book, Vapnyar lists recipes for all of the dishes featured throughout her book. Take the recipe for Salad Oliver (for which Vapnyar offers three different versions), a peculiar concoction of mayonnaise, eggs, pickles, and processed lunch meat.

Or what about cold Borscht loaded with globs of sour cream?

Vapnyar’s book won’t exactly leave you hungry (unless you’re Russian). But it might help you realize the power of the food on your next plate.