Blotter: The week in crime

Highlights from the City of Charleston police reports 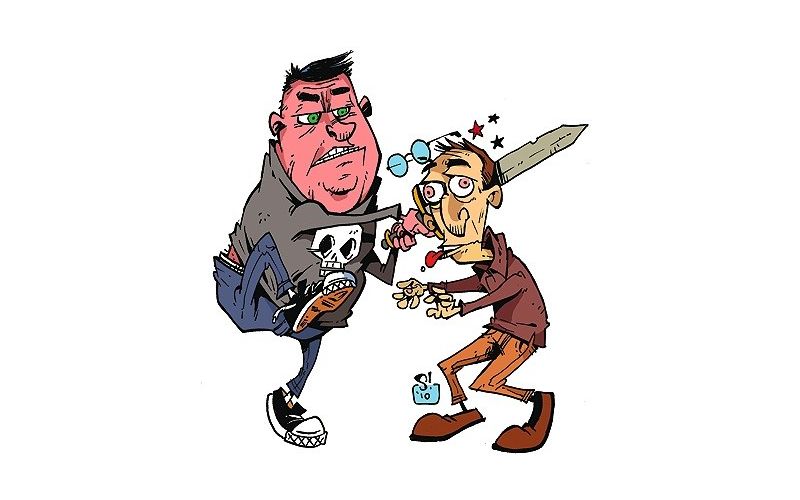 BLOTTER O’ THE WEEK: When two friends got into an argument, one grabbed a sword off the wall and hit the other in the head (presumably with the blunt end). He then said he could have chopped the victim’s head off if he wanted to. It’s best to phone police in these cases … until we get proper guidance from the new Karate Kid movie.

A man called police for assistance, but told the responding officer that he didn’t need help. After the officer went down the street to assist another citizen, the first man phoned 911 five times, claiming the officer needed assistance. He also claimed the entire department was there, but still needed help. The officer said he wasn’t in need of any assistance. The man could not explain why he kept phoning for help, but the officer noted that he appeared drunk.

Drug Hiding Spot O’ The Week: A cassette deck. Good idea, until you get an itch to listen to that Lisa Loeb cassette single.

A woman received a threatening message on her voice mail — what sounded like someone playing a movie scene, with the words, "Fuck you, Batman, fuck you," with the "fuck you" repeated over and over again. We’d assume it was Christian Bale, but it sounds so amateur.

A New Year’s argument that ended with three lost teeth allegedly started with this exchange: "You smile like a bitch." "That’s what your girl said."

Asked where she was coming from, a woman suspected of driving under the influence told officers, "Follywood." In processing she told police she belonged in jail for the night and that she believed she would blow a .12 on the Breathalyzer. She actually blew a .11. You know you’re drunk when you overestimate your drunkenness.

After being discovered in someone’s front yard, a trespasser asked the homeowner if he was Bruce Springsteen. There’s no description, but he obviously had flowing dark hair, some really tight jeans, and a gravelly, blue-collar voice.

The Blotter is taken from City of Charleston police department reports. We’ve added a cartoon and a little commentary. We’ve added a little humor, too. No one has been found guilty. This is not a court of law.