Blotter: The week in crime 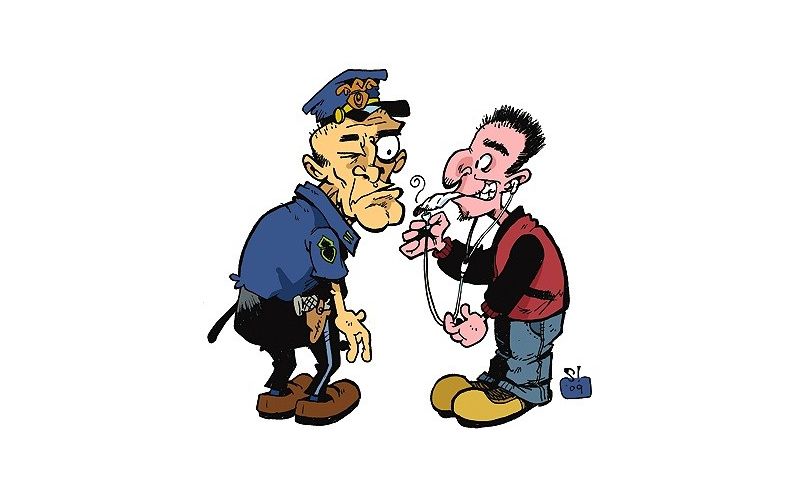 Highlights from the City of Charleston police reports

A mother asked officers to search her teenage son to make sure he didn’t bring his iPod to school. He didn’t. Instead, officers say they found marijuana in his pocket.

A man claims he’s been receiving threatening messages from his ex-girlfriend, including, “It will be a cold date in hell before you will get my money.” The only dates in hell we’re familiar with begin and end on the Rock of Love bus.

An alleged vehicular assault started with this exchange: “You know who I am?” “No.” “Well your man does.” Oh, no she didn’t.

Committed Drug Dealer O’ The Week: Arrested for trespassing, a man told officers, “You’re only arresting me for this cause you can’t catch (me) with any drugs … Don’t worry, I will be back out here tomorrow. You can’t stop me.”

After having her iPhone stolen, a young woman was able to identify a suspect after finding pictures from her phone posted on his Facebook page.

A loitering suspect told an officer, “You don’t need my name. Every officer knows me.” Um, not something to be proud of.

Threat O’ The Week: “I’ll show you what a punch feels like!”

Asked how much he had to drink, a DUI suspect told officers, “Not too much. That’s the sad thing.”

The Blotter is taken from City of Charleston police department reports. We’ve added a cartoon and a little commentary. We’ve added a little humor, too. No one has been found guilty.
This is not a court of law.