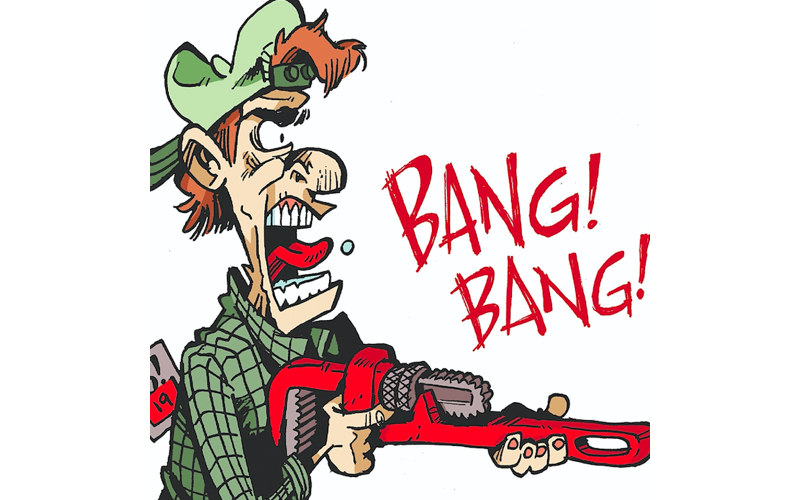 Blotter o’ the week: Officers were informed that a man in a truck was aiming a gun at pedestrians. When they arrived, they found the offender with a wrench, pretending it was a gun by yelling “bang bang” and pointing it at people. The man was speaking gibberish and telling police that he was “freaking out.” CPD asked for his name and he told them “God” and “boy.”

A man, claiming to be an old family friend of a downtown jeweler, used a bogus check to purchase a $14,300 watch from the business. According to police, the offender has used the same MO to purchase from seven other stores in the nation. The subject currently has a nationwide extradition warrant for his arrest.

A man who said he only had two beers provided CPD with his debit card, believing it was a valid form of identification. His actual ID was suspended after tests showed a blood-alcohol content of .20.

An entire beer was embezzled from a business. The offender was issued a court date over the theft of the $2.50 beverage. The manager of the same business contacted CPD again, in the same night, to inform them that a different employee of hers was embezzling from the store. This time, it was $5.60.

During an argument with his ex-girlfriend, a man pulled his “medical boot” off from a surgery months prior. He began bleeding profusely from his foot. His ex-girlfriend provided more mercy than most old flames by helping him re-bandage his foot before police arrived.

Downtown, a man was found dead in his bedroom with foam around his mouth. He had been out with his roommate the night before. His friend advised CPD that he had observed him walking into a bathroom at a bar with an unknown party.

While cleaning the apartment, a man began to threaten his roommate with physical violence. The victim alerted the police. Upon arrival, the offender hid in the closet. CPD opened a dialogue with him, to which he “went off on a random tangent.” The offender fled the scene after exiting the closet.

A vulgar note with threats of violence was passed to a student in a downtown classroom. The note was confiscated by a teacher. The school is conducting a threat assessment of the juvenile. CPD advised that, at this time, “it is unknown if the letter consisted of song lyrics.”

A party with 150 people crammed into an Eastside house was broken up after noise complaints. It’s official: school’s back in session.