Blotter: In search of barbecue blooms 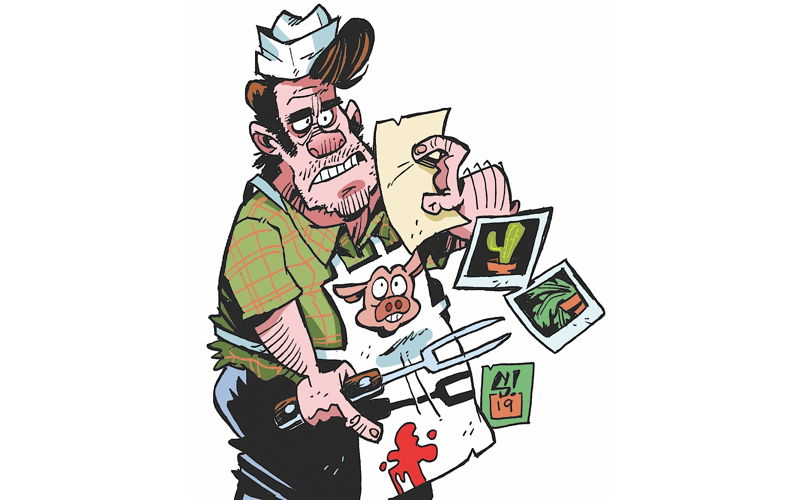 Blotter o’ the Week: A downtown barbecue restaurant was given a letter saying that their plants had been stolen. Pictures of the plants were attached to the note.

An officer patrolling downtown attempted to talk to a man “sleeping beneath a grand oak tree” who smelled like alcohol. The man then “repeatedly informed” the officer that “he drank an ‘ATM.'”

Animal Services responded to a West Ashley apartment after a woman reported that she took in a dog that was not hers. But after the officer put the animal in their car, the property manager informed them that the dog actually belonged to the woman who contacted animal services. The officer then “realized why the dog appeared to be so familiar with the area and very friendly with the officer.” No one answered the door when the officer returned to the woman’s apartment.

A man told police that he “just got done crabbing and had some weed, but smoked it.” Oh, and that he had an illegal gun and probably some ecstasy.

Synonyms for attempted theft: “Intent to deprive” a store “of the monetary value of the items.”

Police responded to 420 Meeting St. and cited a woman for simple possession of marijuana.

After police found weed in a man’s car, he explained that the 20 stacks of $1 bills found inside a diaper bag belonged to his children. Not to bury the lede, but the man also had $2,000 cash in his fanny pack.

A woman told police she wasn’t sure whether the upholsterers, house cleaners, elevator technicians, or someone else stole a $90,000 diamond ring from her East Battery Street home.

During a traffic stop, a motorist was suspected of driving under the influence. The driver told the responding officer that he wore contacts. When asked if he could see, police said the motorist stated that “he can see his eyes.”

An officer responded to two incidents of vandalism on the same night. In both cases, cars were spray painted with a smiley face and the word “bitch.”

Daniel Island vandalism news: Police were called to a park after someone reportedly wrote in pencil “Hey guys” and “Maria was here” on the outside of a bathroom door.

The owner of a downtown nightclub informed officers that one of his bartenders racked up a tab of $967. He bought 103 drinks for himself and “his group of friends,” according to reports. The name on the credit card used for the purchases was not the bartender’s name.

The Blotter: Locked out of the key party

The Blotter is taken from reports filed with Charleston Police Department between Sept. 17 and Sept. 21. No one described in this section has been found guilty, just unlucky.  Blotter o’ the week: Officers were alerted to an unknown woman slamming on a downtown home’s door, “trying to break it down.” When officers arrived, the […]