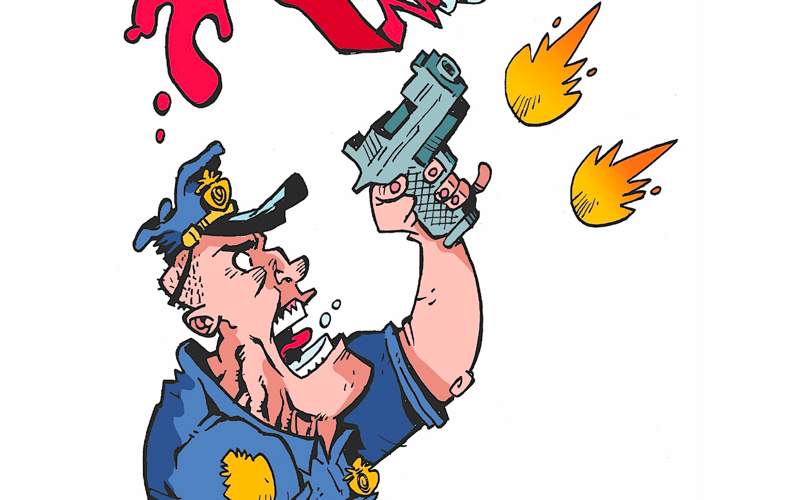 I'm sure they were all in their 40s

Blotter o’ the week: “Do you dare me to throw this Hi-C bottle at the cop downstairs?” a suspect yelled while police responded to a noise complaint. He was dared, he threw it, and the officer broke up the party. The suspect wasn’t found due to the high number of people at the party.

After smoking marijuana for the first time, a man alerted EMS that his “heart hurt” and that he felt anxious. He was transported to MUSC and is expected to make a full recovery. Man, it really was your first time, wasn’t it?

Downtown, a man stole $108 worth of lighters, but no cigarettes, from a gas station.

A downtown historic preservation group was the victim of credit card fraud, taking the hit for over $1,200.

At a high school in West Ashley, signs above two water fountains were put up, reading “White’s only!” and “Colored only.” The assistant principal was alerted to it via a Snapchat picture that was captioned, “Well ain’t this some shit….” This is 2019, everyone.

A Wolf moped and an Ice Bear Rocket moped were stolen in the past week. For being the lamest form of transportation, mopeds have the most metal names.

In West Ashley, a loaded AR-15 with a red-dot sight, a loaded .300 Remington blackout rifle with “space rider engraved on the side,” and two rolls of quarters were stolen from a man’s home. The victim told police that the house was locked.

A car dealership was tagged with homophobic graffiti overnight, with slurs nearby reading “Same sex = sin.” Think the vandals are as good at evading police as they are at math?

At a grocery store, six suspects used counterfeit currency to purchase $2,240 worth of merchandise at the same time.

A woman attempted to shoplift $437.31 worth of groceries. When confronted, she responded that she just forgot to pay.

Police were informed that two parties were “having relations” at the Holocaust Memorial. When they arrived, they didn’t find people doing it in the least-sexy place in Charleston, but one person was “so intoxicated that he was deemed a danger.”

A man downtown was physically assaulted by his girlfriend because he stated that she is bisexual. The offender tackled the victim and “rubbed his face on the gravel” driveway, leaving multiple abrasions on his face.

One recently elected city councilmember was receiving oddly supportive robo calls about their campaign, saying that they “will work to increase commercial real estate development … that will mean more motels, shopping centers, and multi-family units,” before asking to support the councilmember.

A veteran was having “an episode of dementia” while trying to exit his residence, according to a report. The man’s wife called EMS who had to calm him with a “chemical restraint” before securing him to a stretcher.