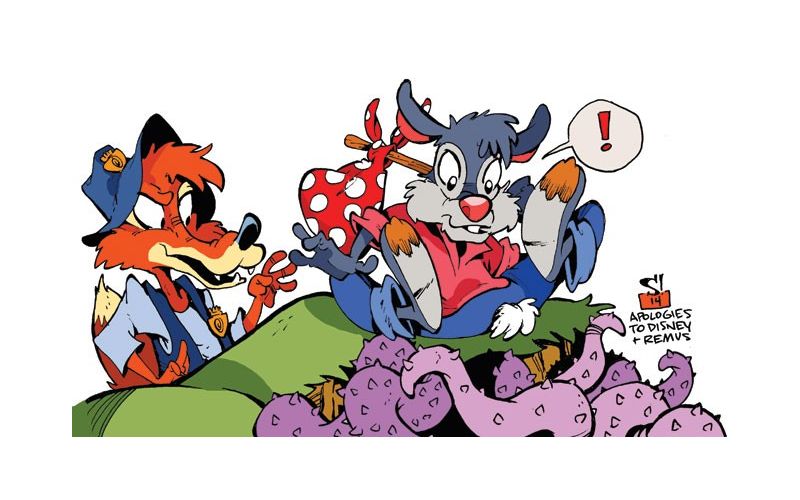 Introducing the "Bro o' the Week"

Blotter o’ the Week: A police officer caught a shoplifter by chasing him into a briar patch. As soon as the shoplifter entered the briar patch, he stopped running and lay down on the ground.

Weird Vandalism o’ the Week: A woman walked out her front door one morning to discover that someone had rubbed lotion and baby powder all over her car.

Somebody stole a massive revolver capable of shooting shotgun shells from a car’s glove box. When asked whether he had locked the doors, the owner of the car and the gun replied, “I can’t honestly remember.”

A woman got annoyed with a man who kept trying to talk to her at a restaurant, so she dumped a pitcher of margarita on him.

Somebody broke into a vehicle and stole a radio, a tool bag, and a cordless drill, but left behind a chainsaw that was later found on the ground outside the vehicle.

Bro o’ the Week: A USC fraternity brother who said he was in town for a “formal” was seen stumbling down the sidewalk around 1:30 a.m. with his tuxedo hanging open unbuttoned. The bro said he had been drinking, but that he just wanted to have a good time. Then he asked the cop if he wanted to have a good time. The officer searched the bro and found a half-gram of cocaine in a plastic baggie, which the bro explained he only uses “because of all the pressure from everyone.” He also claimed he had consumed 36 alcoholic beverages that evening.

Somebody broke into a high school annex building and stole five archery bows and an air rifle.

A cop woke a man up who was sleeping in his vehicle and discovered that he had a bag of something green and leafy in the car. When he asked the man what it was, the man replied, “Oh, that’s just a little bit of weed. Can you just throw it out? Don’t worry about that.” The officer did worry about it and slapped the man with a citation for possession.

Somebody broke into a lineman’s car and stole his waterproof jacket and equipment for climbing power poles. Must’ve gotten a charge out of that theft.

Weapon o’ the Week: A lit cigarette pressed into an ex-boyfriend’s arm.

In the biggest weed bust of the week, police found 66 grams of marijuana in a man’s car. Why did the officer pull the car over in the first place? Unreadable license plate.

A Massachusetts college ordered a new clock from a Charleston-area bell foundry company in July 2013 and wrote them a check for $4,650, but the foundry never delivered the clock, so the college is pressing charges. Sounds like it’s time to find a new clockmaker.

Somebody stole an entire two-ton air conditioning unit from behind a house. In other words, be on the lookout for an extremely ripped junkie copper thief.

A customer used a counterfeit $20 bill to buy a pita wrap. At least he didn’t try to pay in gyros.

Charming Late-Night Anecdote o’ the Week: An officer wrote in an incident report, “It should be noted, the offender stated, ‘I’m not that drunk,’ as she slid off the curb onto the sidewalk in a sprawling manner.”

Public Urination Excuse o’ the Week: A man who was caught peeing on a fence beside an apartment building said, “I couldn’t hold it anymore. What did you want me to do, piss myself?”

Weed Stash o’ the Week: Inside a wading boot.