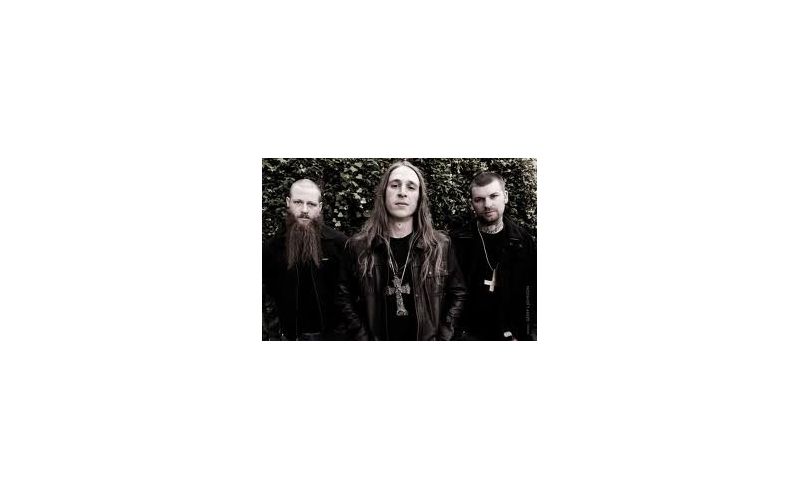 Black Tusk hasn’t had much down time this year. Since releasing Taste the Sin in May, the Georgia trio hasn’t had a chance to chill.

“It really opened a whole bunch of doors for us at one time,” says bassist Jonathon Athon, of the response to Taste the Sin, their first full-length for the major-league metal label Relapse Records “It was kind of an overload.”

But Athon, drummer James May, and guitarist Andrew Fidler (all three contribute vocals) would rather stay busy. “It takes about three days after being home before we want to go back on the road again,” Athon laughs.

And with the tours they’ve found themselves a part of this year, who could blame them? Providing support to legends and cult favorites Pentagram, Fu Manchu, Eyehategod, and now Crowbar is something of a dream come true for the relatively young band. “We’ve been getting to play with these bands that I listened to as a kid,” says Athon. “It’s just really, really cool.”

It’s not illogical to see Black Tusk’s name next to those of their idols, though. Taste the Sin is a concise, powerful 10 tracks that run their course in less than 35 minutes. Compared to the increasingly spacey, proggy excess of some of Black Tusk’s neighbors (Mastodon, Baroness, and Kylesa, to name a few), this is practically skeletal. But despite its succinct and direct approach, Black Tusk’s music is remarkably dense, creating a dark, murky, and venomous sort of thrash. Like the jaws of an alligator, it’s massive, crushing and surprisingly agile.

And it proved versatile enough to perk the ears of Wu-Tang Clan producer RZA, who chose Black Tusk’s “Takeoff” to remix for one of a series of extreme sports videos sponsored by Nike 6.0, Nike’s extreme sports brand.

The sound Black Tusk has harnessed, in all its muck-stomping, mercilessly groovy bulk, doesn’t quite fit with thrash or death metal, or even the slower, sludgy sound the South has come to call its own. The sound of Black Tusk is what the band calls “swamp metal,” in tribute to the thick, humid sound and in reference to their Southern roots. Athon sums it up as well as anybody could: “It’s like when you’re writing in the summer and you’re in a practice space with no AC and box fans just blowing hot air at you.”