Beats on the bow 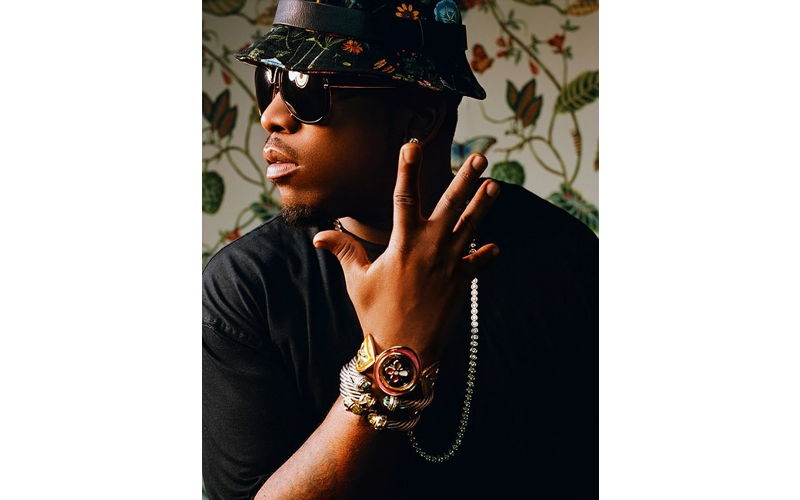 Big Boi considers himself to be Gullah. A Lowcountry native, born and raised in Savannah, he and fellow Outkast collaborator André 3000 put the South on hip-hop’s map, beginning with 1994’s Southernplayalisticadillacmuzik.

But despite growing up just down the road and basing his career out of Atlanta for two decades, Antwan André “Big Boi” Patton has never been to our town.

“I actually haven’t,” says Big Boi. “I’m ready to perform and feel the energy of Charleston. I’m honored and excited. I’ve never played at an aircraft carrier before, so this will be something new.”

The rapper arrives here on the wave of his solo debut, Sir Lucious Left Foot: The Son of Chico Dusty, released in July. Featuring guests like Janelle Monáe, Too $hort, and George Clinton, the album met rave reviews. “Explodes with ideas at every turn,” wrote Pitchfork. Big Boi told Rolling Stone, “This album is like a graduation. It’s basically like when Luke Skywalker became a Jedi.”

Indeed, Sir Lucious Left Foot is one of the most entertaining albums of the year. The breaks between deliriously catchy tracks feature Big Boi’s dirty humor (“tea baggin,” “David Blaine-ing a girl”) and remarkable wit.

Despite relying heavily on self-aggrandizement and womanizing in his rhymes, family man Big Boi says he doesn’t take any flack from his wife.

“She understands the business, respects my craft, and supports me 100 percent,” says the rapper. “Lyrics come to me at different times. I’m inspired by real life and real things.”

Despite calling out other rappers who copy him but aren’t up to his skill level in his lyrics, Big Boi says that he appreciates it when he influences an aspiring musician.

“I think all artists sample from the past. I can see myself in a couple of the newer guys but I wouldn’t call it emulating,” says Big Boi. “It’s definitely a good thing to pay respect to those who came before you and paved the way.”

In addition to the big names like George Clinton on his album, Big Boi in turn offers exposure to young groups he believes in like Vonnegutt and Yelawolf.

“I honestly am a fan of any artist that respects their craft, is creative, and takes the game seriously,” he says. “Yelawolf is definitely one of the faves from the new pack right now though. He’s on my new song ‘Yo Ain’t No DJ’ right now.”

Big Boi’s next solo album is already completed, he says, but he’s waiting to release it until after Outkast’s next album, hopefully out in 2011. His set at the Yorktown falls in the middle, after Dub Island Sound System and before another legend of the electronica genre, MSTRKRFT.

An electronic duo born in Toronto in 2005, the group’s biggest hit came with last summer’s “Heartbreaker,” featuring vocalist John Legend. MSTRKRFT are frequently recruited to remix songs and have offered up their takes on tunes by Wolfmother, Kylie Minoge, and the Yeah Yeah Yeahs.

The duo of Jesse F. Keeler and Al-P has also released two albums of original material, most recently 2009’s Fist of God. They’ve even made a small Outkast connection, remixing André 3000 and Legend’s “Green Light.”

For those off the genres’ radar, Charleston’s hip-hop and electronic scenes may seem dormant or even non-existent. But as the multitude of flat-brimmed wearing ravers at any of the Pour House’s “Electronic Series” shows attest to, fans emerge from the woodwork when their favorite DJs and producers come to town.

Show organizer Beau Burns of Brightsound Entertainment hopes that’s the case on Thursday. His intention with this show is to offer Charleston something completely new and different.

To that end, Brightsound is erecting a stage in the parking lot of the Yorktown for the shows. Behind it, local multimedia turntable crew Spaced Invaders will project visuals and lights onto the ship. Jake Troth and Dub Island kicks things off at 7 p.m.

“We’re trying to make every event we put on have a miniature festival kind of feel,” says Burns. “We want to bring in artists that are not coming through Charleston.”