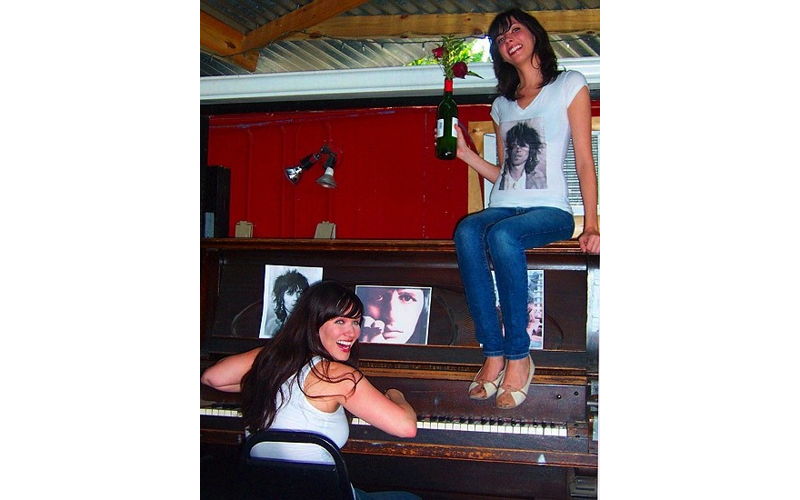 The Tin Roof hosts a local showdown and benefit

You might as well ask: smiles or sneers? Wearing a necktie and shaking daddy’s hand at the front door or slipping away after lights out to look for trouble?

Put more directly, you could ask: Brian Epstein or Andrew Oldman? These were the managers, after all, who groomed each set of boys, helping sculpt their respective public images, especially in the very early days.

And, in the early 1960s, The Beatles were the cheerful, cheeky chaps, always ready for the camera, and The Rolling Stones were the moody, surly bad boys that good girls couldn’t get enough of after they sent their respectable boyfriends off with a peck on the cheek.

Or as Tom Wolfe wrote, “The Beatles want to hold your hand, but the Stones want to burn your town.”

Both bands emerged at a musically fecund time when England was awash in skiffle, blues, R&B, and rock ‘n’ roll. Both featured prominent songwriting duos (Lennon/McCartney and Jagger/Richards). Both rode the leading edge of the British Invasion; they were the shock and awe that readied the battlefield.

Back then, an older generation bemoaning the lost golden age of societal conformity saw little difference between the mop-tops and the shaggy nuts, but among young rock ‘n’ rollers, the question of whether you were a Beatles or Stones fan was the question.

And, to be fair, as long as we’re comparing and contrasting, the lines aren’t exactly so easily drawn. The Beatles dipped their toes in the bad-boy waters on plenty of occasions. Mick Jagger strutted and sneered on stage, but behind the scenes, he was the consummate professional who used his London School of Economics education to keep The Stones rolling along as a money-making business.

The list of all-time classics by both groups goes on and on. “A Hard Day’s Night.” “Let’s Spend the Night Together.” “Help!” “Mother’s Little Helper.” “Ticket to Ride.” “Tumbling Dice.” “Lady Madonna.” “Angie.” Trying to name all the great tunes written by either one of the groups — to say nothing of their famous covers — would make you dizzy as Miss Lizzie.

Among die-hard fans of both groups, the Beatles vs. Stones debate has raged on for well over 40 years. It’s less a question of which group is the “greatest band” — that question would be like comparing apples to oranges — than a question of which style or image best fits your personal groove.

Now, an upcoming benefit show at the Tin Roof will reignite the debate, bringing in a cornucopia of talent for a night of Beatles and Stones covers.

“Lesley Carroll at the Tin Roof came up with the idea,” says organizer Jamie Resch. “There’s going to be a lot of mixing and matching between the groups. We’re encouraging all the acts to dress up and really have fun with it.”

Acts participating in the Beatles vs. Stones showcase include some of Charleston’s busiest roots, folk-rock, and alt-country artists.

Proceeds from the show will benefit Andrew Wall, a close friend of Kentucky Shoes’ mandolin/banjo player Darby Long. Wall was recently diagnosed with an extremely aggressive brain tumor known as glioblastoma. His sudden collapse, hospitalization, and coma have been devastating for the family. (For updates on Andrew Wall, visit caringbridge.org/visit/andrewwall).

“Hopefully, by the end of the night, we’ll have something substantial we can give to his family,” says Resch. “Many of the family members have to travel to visit him in hospice and that can be hard, financially. We want to help with that if we can.”

Jason A. Zwiker has been going steady with The Stones for years, but will step out for some Beatles on the side.