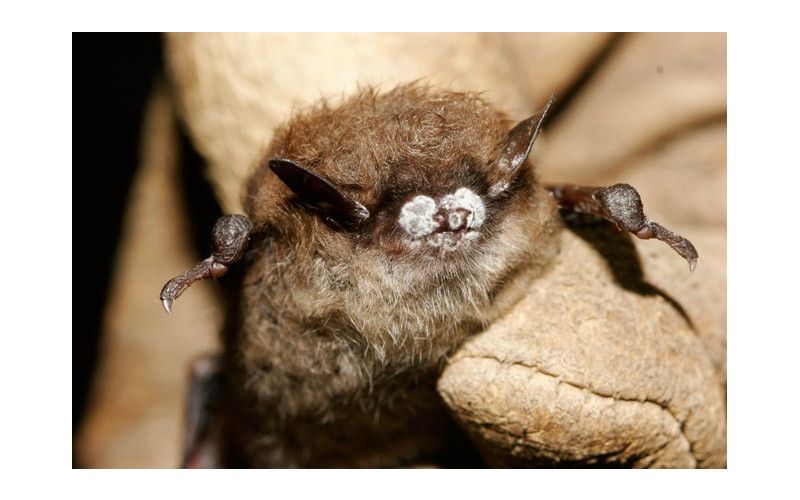 It was only a matter of time before the North American batpocalypse reached South Carolina. But now that the S.C. Department of Natural Resources has announced that the bat-killing fungus behind the epidemic known as White Nose Syndrome (WNS) has arrived, biologists are hoping that some rapidly retreating species will be able to make a stand in the Palmetto State.

North America’s massive bat die-off began in Upstate New York in 2006 and spread slowly across much of the continent. Until 2011 its cause was a mystery. But once biologists traced the disease to a European cave fungus, bat experts began to wonder if there might be some natural barriers to the spread of WNS, which has killed an estimated 6 million animals so far. Wildlife ecologists have not yet quantified the effect of removing so many insect-eating predators from North America’s various ecosystems.

Mary Bunch, DNR’s Clemson University-based bat expert, has been anticipating the arrival of the disease for more than a year. But once the state collected a dead tricolored bat less than a mile from an established bat colony at Table Rock State Park last month, they expected the worse.

“You always hold out hope,” Bunch says. “We’ve had a lot of freezing nights in succession, and this keeps the bats in the hibernaculum, and that … makes it more ideal for the [fungus.] Now what remains to be seen is how far White Nose will penetrate and will we see the same mortality?”

The fungus, Geomyces destructans, thrives in cool, humid caves, and its spores spread bat-to-bat as colonies huddle together during winter hibernation. While the syndrome’s high mortality rates (topping 90 percent for some species) have long been the subject of alarm, scientists have only recently learned that the irritating face fungus actually kills bats indirectly by waking them during hibernation. Once awake, and without a population of warm-weather insects on which to survive, the bats rapidly deplete the reserves of fat that they need to survive the long, cold Northeast and Mid-Atlantic winters. Even those that don’t die of starvation in their caves are often too worn out to hunt their way back to health in spring. All of which means that similar species might stand a better chance of survival in warmer climates with shorter winters, particularly in areas that lack caves.

Tricolored bats like the infected one found at Table Rock live across South Carolina, but its habitats in the Midlands and the Lowcountry — hollow trees, buildings — lack the same consistent conditions and temperatures found in caves. “That fluctuation might give the edge to the bat,” Bunch says. “So this is something we’re going to watch and look for.”

Bunch believes those factors could make South Carolina the first place where tricolors survive the spread of the plague. For other species, though, the outlook is dim.

Case in point: the little brown bat, which in South Carolina is typically restricted to the mountains. “We know we have some at the Table Rock site. If those bats at the Table Rock site don’t make it, that’s pretty serious, because we’re the Southeastern-most part of their range,” Bunch says. “We were hoping that we were going to be the refugium for them.”

Bunch says the fungus found on the dead Table Rock bat is most likely present in the nearby colony, but having already checked the cave once this season, she won’t be taking a second look. She fears disturbing the sleeping colony, and if the fungus is present, going back for a second look would likely increase the number of deaths.

“You’re always tempted to go check it again, but you don’t dare,” she says. “So we will do another check next year, and I have a very bad feeling about what we’ll see.”

In the meantime, Bunch is working with different agencies to construct “bat towers” around the state. The hope is that building safe sleeping areas where the animals can sleep undisturbed will increase survival rates. She also encourages South Carolinans to put up bat boxes and to report any bats they see flying around during the daytime in early spring. The unseasonal activity is considered a sign of nearby WNS infestation.

Lowcountry bats could hold up under white nose syndrome