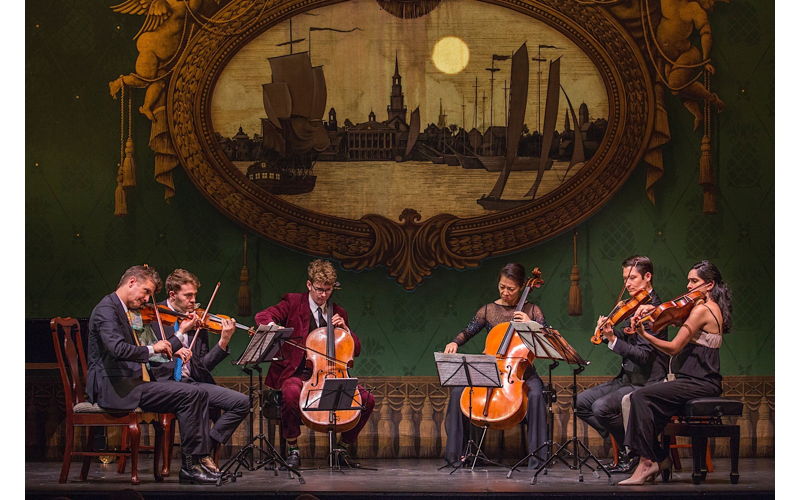 Though not proud of it, I’m a worst-case scenario gal. My mind accelerates to catastrophic thinking in nothing flat — the price of parenting three humans, perhaps. So bear with me, but let’s just imagine if the Spoleto Festival USA went bust. If Charleston’s beloved international arts festival started to sink after visiting artists refused to take gondolas to their flooded venues, for example. If tariff wars swallowed all expendable income of would-be ticket buyers. If international artists could no longer get past border security and customs to come play.

Lots could happen, though as a Spoleto fan I’m hoping it won’t — but here’s my guess: as long as the Chamber Music series survives, Spoleto Festival USA will be just fine.

To multitudes of devotees, the Chamber Music series is the nucleus, the beating heart — all four chambers of it — of the larger 17-day arts fest. The stalwart series sets the standard for everything else: it is steady, surprising, charming, challenging, delightful, engaging, and sometimes even sold out. Since day one in 1977, the Chamber Music series has been anchored at the Dock Street Theatre — a magical space if ever there was one for an intimate midday foray of musical enchantment. Just slip in out of the hot noon sun, sit back and let the St. Lawrence String Quartet whisk you away.

For the first few years I lived here and began to sample Spoleto, I remained a virgin Chamber gal. My tastes leaned more classic rock than classical music, and I was slightly intimidated by what seemed a stodgy sensible shoe and bow-tie crowd. I couldn’t quite fathom why everyone was always raving about it.

Then there was my first time.

The loquacious Charles Wadsworth was then the host, as he was for the festival’s initial three decades — a jovial music lover who could care less if you knew your allegro from your al dente. Wadsworth was a Shahrazad who set the stage for each concert number like he was part stand-up comic, part master storyteller, part encyclopedia. And then there was the OMG violinist — tossing his long curly locks around with each draw of his bow, his electric-colored socks teasing from below his pants leg. I’m not sure if the music carried me away, or something else, but I got it. The chamber music addiction.

Today that same violinist, Mr. Geoff Nuttall, has short hair but no less style and sex appeal, and he’s now in his 10th year at the helm of Wadsworth’s old gig, serving as the director of, entertainingly educational host of, and first violist of the St. Lawrence String Quartet, which is the musical backbone of the Bank of America-sponsored series. As director, Nuttall sets the programs (11 different programs, repeated twice, with two concerts a day featuring a variety of repertoire concertos/pieces each), invites the artists (18 this year, including returning favorites like flutist Tara Helen O’Connor, pianist Stephen Prutsman, and Todd Palmer on clarinet) and does a delightful introductory monologue for each piece. This year his lineup includes newcomers Paul Holmes Morton on both his lute and theorbo (I have no clue what that is but look forward to Nuttall teaching me) and David Byrd-Marrow with his “stunning and assured” (The New York Times) tone on the French horn.

Going to a Spoleto Chamber Music concert is like auditing Music Appreciation 101 that you should have taken in college but never did, only it’s OK to have a crush on the professor. Yes there are a bunch of die-hards who’ve been attending religiously for 40-some years, and yes, if you are a first-timer and your idea of a concert is more like going to the Pour House than this expensive house, walking into the Dock Street in the middle of the day might make you feel a bit out of your element. But let the music do its thing, in pure, authentic Spoleto style, and you’ll soon understand why the Chamber Music series has so many subscribers and such a dedicated following.