A star is born on Stuart Street 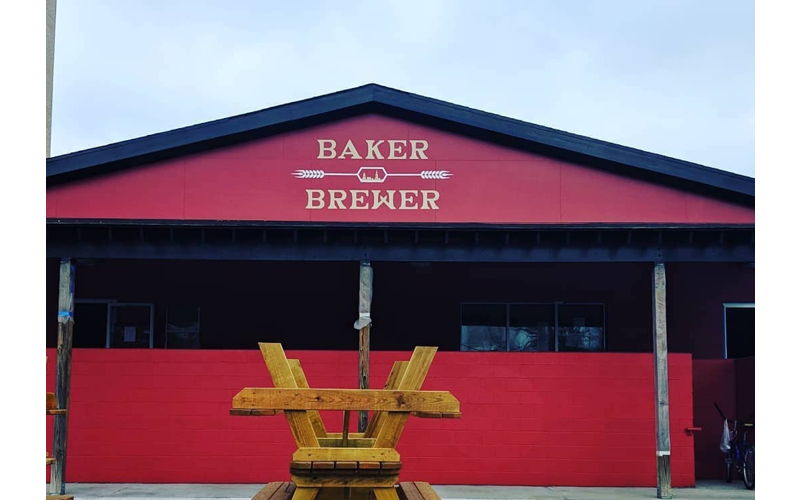 This Wednesday, we got a short walk-through of 94 Stuart St., the site of soon-to-open brewery/bakery/restaurant Baker and Brewer, and y’all, this place has it all. We had to use our imaginations a little bit (cleaning day wasn’t until Thursday), but we could picture it: sipping sours at the inside/outside bar, chowing down on a Pork Trifecta, soaking in the tunes at the outdoor stage, grabbing a pastry to-go from the bakery.

When we chatted with EVO and Holy City last summer, the teams said they were hoping for an early 2019 opening for their collab baby and by golly, they’re about to get one.

Baker and Brewer is a beast, with ample parking and two entrances, one each for the bakery and the restaurant. The bakery’s indoor seating will be slightly bigger than Evo’s Park Circle flagship, with half a dozen big ol’ picnic tables out front. Once things kick off, the bakery will open at 7 a.m. and you can wait for your Springbok cold brew and pastry while watching the brewers get their day started.
[content-2] Standing in what will be the bakery, you can see it all — the open kitchen with a “behemoth” pizza oven, flames already kicking up heat; two 10-barrel wooden foudres, the kettles and fermenters; the 20-tap wall and two indoor bars.

“One of the biggest differences between Park Circle and here,” says Versprille, arms spread wide, “is we’re combined — you’ll be able get get coffee and dessert at your table [in the restaurant] and get the full beer lineup at the bakery at 7 o’ clock in the morning.”

[embed-1]
The restaurant will open at 11 a.m., with a dozen four tops in the main dining room, high tops over to the side, and 30 bar seats stretching across a combo indoor/outdoor bar (roll-up garage door, of course) and a back bar facing the 20 taps. The open kitchen is much bigger than its Park Circle sister, and Versprille says the pizza oven can cook up about twice as many pies. With a full hot line, he also says they’ll “have a few tricks up our sleeve” with food.

On the beer side, HCB production manager Chris Brown says they hope to have at least 13 new beers on tap when Baker and Brewer opens. They were in the process of kegging four to five when we stopped by.

“What Chris is doing is a playground,” says Versprille. “We’re able to do one-offs, cool sours, stouts year-round.” At HCB’s new production facility in North Charleston, equipped with 120-barrel fermenter vessels and brite tanks, they’ll be able to Pluff Mud brew their hearts out. Baker and Brewer will be for the out-of-the-box stuff; “they joked about never brewing the same beer more than once,” says Versprille. Brown says it depends how well a beer does, but he knows to start they’ll definitely have a house-made soda on tap, and two versions of a stout (one with a nitro option.)

So when do we get to plan our pizza and beer happy hour? Versprille is coy — these industry vets know not to put the cart before the horse. “We’re hoping sometime … soon.”