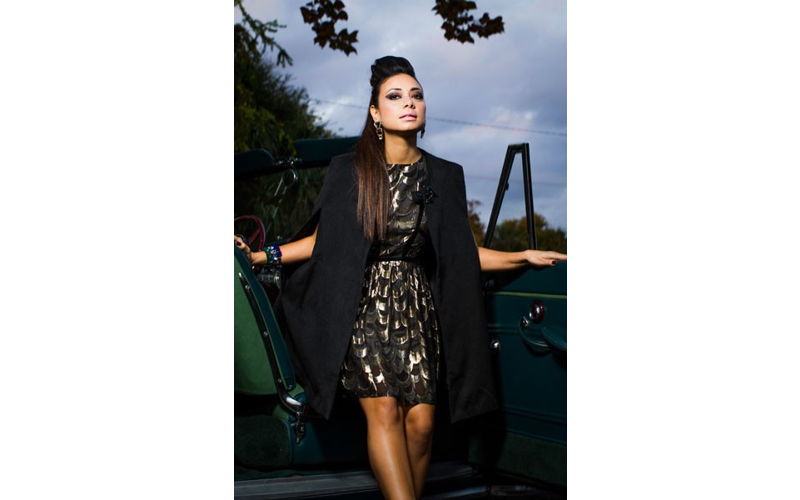 Shop Till You Blog

There’s a reason Charleston is the nation’s darling right now. We’ve got all the perks: the charm, the weather, the history, the food.

But what about the fashion? Does Charleston have what it takes to be considered a major shopping hub? Andrea Serrano, creator of the buzzy new blog Charleston Shop Curator, thinks so, and she’s doing her best to place the Holy City on America’s style map.

“I love Charleston. It’s such a special city,” she says. “And there aren’t a lot of places in America that have that history, where it’s not so cookie-cutter. I know we have some chain stores along with the local stores on King Street, but I think that also gives us this legitimacy — that we’re an important shopping destination.”

And she’s right. H&M is opening a future store here, and that’s proof enough that things are happening in the city’s retail industry. But Serrano, who’s a local girl at heart, wanted to properly give Charleston’s own shop-and-designer scene its props, and she didn’t feel there was any outlet that was doing that. So she decided to create her own. “I thought, why not take the blueprint of a fashion blog and make it city-centric? We have a lot going on here, and we really have a voice that needs to be heard, and why not be that voice and really do it justice?” The result is Charleston Shop Curator, where each post features glossy, high-production-value photos of models (often including Serrano) that are based on anything from a particular item of clothing to a store or designer.

Serrano isn’t new to Charleston’s shop scene. The City Paper wrote about the streetwear boutique, B’zar, that Serrano owned with her husband back in 2006. Back then, she was fresh into town from working years as a freelance stylist in New York, ready to embrace the South’s slow and sweet way of life. B’zar certainly brought the city a cool edge, but after five years, it was time to move on — to kids, to freelance styling for Army Wives and Reckless, and, eventually, to the creative rollercoaster that is the Charleston Shop Curator blog.

“I focus on what’s happening here,” she says. “The stores, the designers — there’s so much going on that there is always enough here to really keep me busy all the time. Even when I cover a store or designer, five months later they’re going to have something totally different, so it’s exciting for me. And every post is so different. It could be a dress that inspires me, it could be a shoe, it could be a location. It could be makeup. Those things influence every shoot.”

The key players on Charleston Shop Curator are the cast of local creatives who provide the photography, hair, makeup, modeling, and of course, the fashions. They’re always listed below each illustrative photograph. Serrano and her team create stories with their work, all the while using products from shops and designers that Charleston can be proud of.

Serrano produces 80 percent of the content herself. She dreams up the photo shoots, styles them, directs them, and even stars in them. Playing dress-up is admittedly one of the plus-sides to this gig, but so is the experience had by all. From the photographer to the assistant to the hair and makeup artists, everyone ends up with some stunning work for their portfolios. “I think the underlying theme is always youthful sophistication. Whether it’s streetwear or high-end designer labels I’m featuring on the blog, there’s always going to be a level, I hope, of sophistication that comes through, yet something that’s relatable at the same time,” Serrano says. “I want people to see it and think, ‘Oh, I could rock that.’ I want it to be relatable to the masses.”

Serrano’s blog posts are also featured on Lucky magazine’s website, and for a blog that only began in March of this year, that’s an accomplishment worth shouting about. Using backdrops like the French Quarter, Cypress Gardens, and most recently the Alley, Serrano’s posts are always something you can’t stop looking at. “What’s important to me is to produce really good, high-quality images,” she says. “It could be a $15 T-shirt that I’m wearing, but I want to make it look like it’s a million bucks. When you have the right hair, makeup, photography, location, and styling, you can make a $15 T-shirt look like a thousand-dollar shirt.”

But what she’s also going for is bringing Charleston some love. She wants everyone who finds her blog to see the many forms of beauty the city offers. She says, “I just want to pull all of those things together to share with everybody — not just people in Charleston, but with fashion lovers all over the world.”