An open letter to Charleston-area candidates for mayor 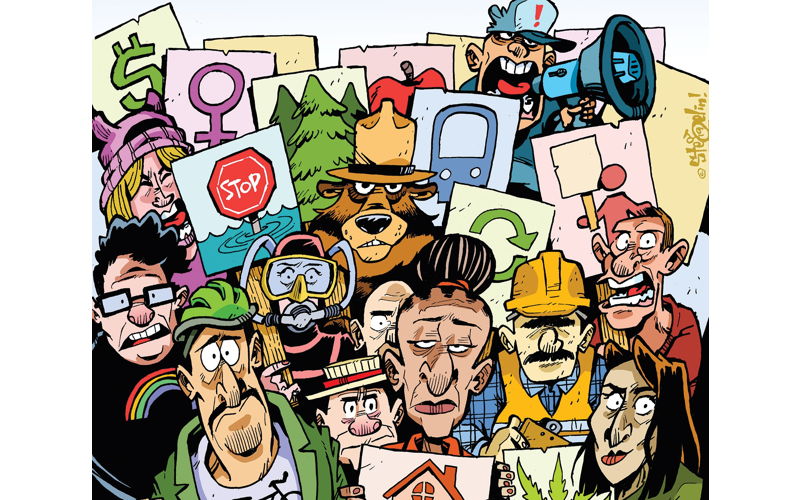 This is an open letter to the candidates for mayor, written by me, after talking with a handful of Charleston-area residents working on the ground to make their often overlooked communities a better place. Some of them you may have heard from, but many you have not.

This is a story about the stakes in the local elections in the Charleston area coming up in about 70 days. Many of the issues are universal and affect everyone equally. But some of the topics are specific or especially impactful in relatively small corners of our community.

Here we are, nearly four years removed from the 40-year tenure of Charleston Mayor Joe Riley Jr. The longtime leader certainly had his share of detractors, but he remained clear-eyed about his duty to the people of Charleston, even after four decades on Broad Street.

“The best job in public service is to be a mayor,” Riley told S.C. ETV for a documentary on his career in 2016. “Because you get to accomplish things for people. It’s not theoretical, it’s actual. You help make the community safe, you create new parks or make them beautiful, you help build an economy, you respond to people’s needs. And you really, as a mayor, can come to work everyday and feel like you’ve done something to help somebody.”

Over the course of his time as mayor, Riley also earned a reputation as a savvy city planner. Some of the landmark projects he spearheaded have come to fruition, like Waterfront Park and the Charleston Place hotel. Some are still works in progress, like Ansonborough Field and WestEdge.

“It was that felt understanding that you have the power and responsibility to shape the future of the city,” Riley said.

Of course, no one has had much of a chance to leave new marks on the city just a single term after Riley. But the past four years have given way to new conversations that may not have gotten much airtime under Mayor Joe, who ran a tight ship and carefully leveraged his power in the city’s “strong mayor” system to steer that ship.

As apartment towers and the spindly cranes that build them continue their march north on the Charleston peninsula, redevelopment and gentrification have a strong grasp on the historic communities of our historic city.

As president of the Lowcountry Alliance for Model Communities, Omar Muhammad has seen the effects of rising housing prices. More affordable places for people to live are sorely needed, he says.

“I would like to see, particularly the City of Charleston … do a better job with developers and really encourage developers to build affordable units and not have them pay an in-lieu-of fee,” Muhammad says.

In 2017, Charleston City Council adopted new provisions that require developers to offer 20 percent of units at a below-market rate for 25 years or pay a one-time fee of $5.10 per square foot to opt out of those requirements. Muhammad also says dedicated affordable units should remain that way, and that the city should do away with that 25-year sunset clause.

For neighborhoods squeezed particularly hard by development, Muhammad says community benefits agreements are needed to ease the impact of encroaching projects. In recent years, the Lowcountry Alliance for Model Communities has worked with the S.C. Ports Authority to acknowledge the effects of the construction of a new terminal in southern North Charleston on the Cooper River.

Solutions, Muhammad says, need to answer the question, “How can you address the unique position that those residents are in?”

In the Gadsden Green public housing community in the shadow of the gleaming high-rise WestEdge development, for instance, Muhammad says a formal agreement could do everything from providing scholarships and job training to mitigating flood impacts and building additional affordable housing.

Lapses in productive community outreach can be boiled down to leaders not surrounding themselves with the right people or lingering bias within systems of government.

“A lot of times it’s the people who get in the room with the politicians that are not pushing this,” Muhammad says. “And it’s just that they are not aware of the historic context, the environmental justice issues, and how to go about addressing those legacy concerns.”

“We have to really admit that a lot of the challenges we’re seeing, particularly in low-wealth communities, are rooted in racism [and] rooted in biases,” he says.

The city’s formal apology for its role in advancing the slave trade, which narrowly passed by city council in 2018, “falls on deaf ears when action is not followed up on to enhance that apology,” Muhammad says. “Right now, to me, it’s just words on a piece of paper.”

Sometimes, feeling like you’re being heard is just a matter of seeing your leaders show up.

The mayors of Charleston and North Charleston have not attended the past few Charleston Area Justice Ministry Nehemiah Action events. Each year, CAJM identifies a local issue and presses leaders to commit to addressing inequities that create challenges for overlooked communities.

“When you have the citizens who vote for you sharing their story and [who are] there to ask you if you’re ready to lead the charge of leading the city into a more sustainable future and the mayor is not there … it leaves a sour taste. It makes people question what the major concerns of the mayor are,” says Vanity Reid Deterville, a local activist and outreach director for Charleston Pride.

“Not just for the pageantry and the optics of it all. I think it’s really critical that they are working in tandem with organizations who are specifically tackling issues that we have seen become more prevalent,” Deterville says.

In her work, Deterville says that police departments in Charleston and North Charleston have “made tremendous strides” in terms of connecting with the LGBT community. Deterville assisted with sensitivity training convened by Charleston police after the 2018 assault of a transgender woman outside a downtown nightclub.

Besides just showing up, local leaders can do a lot to advocate on behalf of the citizens who elect them.

Jillian Hollingsworth, who lives in North Charleston and works as a consultant and childbirth educator, wants to see her local leaders take a more active role in pushing for laws that would curb violent crime.

“Government agencies could work together to put more pressure on our lawmakers to actually get some common sense gun legislation pushed through on a state level,” she says.

Hollingsworth’s sister in law was among those who were injured when a 14-year-old boy opened fire on a Townville, S.C. elementary school in 2016, killing 6-year-old Jacob Hall. She has since returned to the classroom, but the incident and crime in the Charleston Farms neighborhood where she lives have propelled Hollingsworth into her role of an advocate for gun reform.

Along with communities of people and neighbors, come businesses and jobs. Recently, the group ConNECKtedTOO has been working to illuminate the cultural contributions of what they call “tiny businesses,” enterprises that may fly under the radar and employ just a few people, but are integral to the fabric of our local communities.

Victoria Rae Moore, a program facilitator for the group wants local leaders to ask themselves, “What can the city do to make sure that we not only encourage the development of future tiny businesses but we’re also doing what we can to support and sustain businesses like Singleton Paint and Body,” a small, family run shop on King Street Extension. Moore floats ideas like micro-loans and real estate mandates to help keep local businesses open and thriving.

Moore also encourages city leaders to look to ConNECKtedTOO’s interracial and intergenerational model as one way to ensure a holistic understanding of the challenges facing the local community.

“What you’re getting is diversity in building an equitable society,” Moore says. “If you want Charleston to be an equitable place where there’s representation and opportunity across the board, you can’t have an echo chamber of people who are all of the same generation, all of the same upbringing and belief system, and expect that the solutions are going to be reflective of what really needs to happen.”

Even as Charleston continues to grow, many communities in the suburbs and on the sea islands remain unincorporated. Residents of these neighborhoods don’t pay taxes to municipalities, but are nonetheless affected by the decisions made in city halls.

In the Sol Legare community in southern James Island, descendants still live where formerly enslaved people settled along the Stono River in the 1800s — a symbol of freedom and self-determination out of the horrors of bondage. Even as condos and apartments rise along Folly Road, Sol Legare remains unincorporated, and its residents remain closely tied to the water and the laws of nature.

To Willie Heyward Jr. — known as Halo Quaponda, a tribal name from his mother’s Cherokee lineage — no man will ever be able to adequately address the repercussions of continued development near outlying sea island settlements.

“The diaspora doesn’t [care] if it’s incorporated or not, the land and the water is the same … I don’t think any mayor is equipped with any of the knowledge necessary to politically correct anything,” Quaponda says.

Sol Legare residents continue working to preserve local Gullah Geechee culture under the pressure of encroachment, including with a recent renourishment project using grant money through Preserve the Gullah, but many times feel as though their recognition is performative.

“It’s like they’re hearing us, but any time they help us, it’s just to get us to be a part of their city,” Quaponda says.

Above all the glossy magazine honors, high-dollar hotel suites, and world-class cuisine, the Charleston area is a community of people, however loosely knitted it may be. It’s incumbent on our candidates for office and existing leaders to remember that connection as they choose priorities to discuss during the campaign and once they take their seats in office.