An interview with Regina Duggins, founder of Charleston Black Pride

Voice for the voiceless 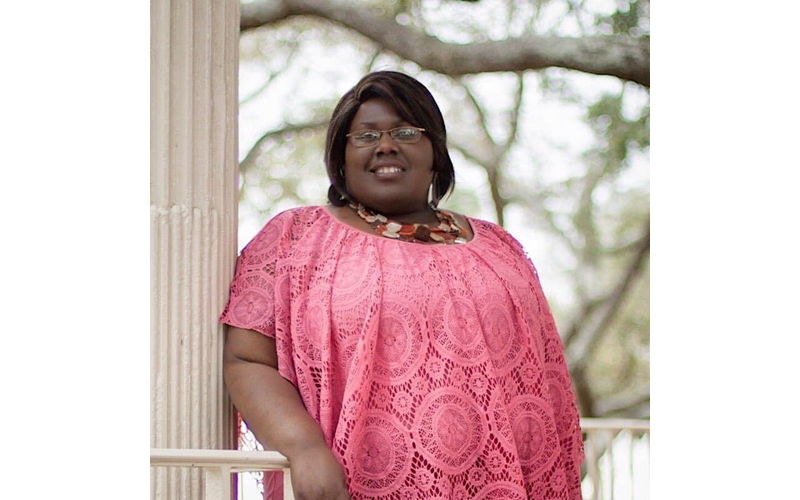 For Regina Duggins, founder of Charleston Black Pride, being a voice for the voiceless has been a lifelong mission. One that grew out of watching two of her six siblings struggle to openly embrace their own sexualities.

“I remember them being voiceless and hiding,” she says. “I was like, ‘these are people close to me that I love,’ and they had to live like that — just imagine how many others there are.”

Duggins would also witness HIV/AIDS claim the life of her brother, who identified as bisexual. After also losing a sister to a pulmonary embolism, the Brooklyn native would make the decision to move to Charleston as part of a pact to reconnect to her family’s roots. Growing up in New York, she visited relatives in St. George frequently.

Duggins had already been living openly as a lesbian when she arrived in 2010, and had been engaged with various community boards and tenant associations in N.Y. Her interest in community service was sparked as an undergrad at a mostly white college, serving as class president and starting a student group to create a space where they could celebrate their backgrounds and cultures.

“However best I could, whether it was a talent show or a speak-out, I just tried to bring everybody together. We had some students who had friends come visit from Japan. They stayed at my house and got a soul-food dinner.”

Shortly after relocating to Charleston, she began to notice a lack of representation in the LGBTQ community here. “I knew LGBTQ people of color were here, but I didn’t know where they were. And, I didn’t feel like there were enough spaces or events where those people could feel comfortable being out. It got me interested in actually wanting to find these people and make them feel welcome.”

A self-described “doer,” Duggins would attend a Charleston Pride meeting which affirmed her concerns. The focus of the meeting was on whether, given historically damaged relations between law enforcement and the LGBTQ community, there should be a police presence at Charleston Pride events. In addition, as Duggins noted earlier, the spotlight was on the striking lack of diversity of the Charleston Pride community and its programs. Duggins asked how to join the board on the spot, and after completing the application process in 2016, became a member of the organization, then in its eighth year.

“Once I got on, I was thankful, excited, gung-ho, doing everything I possibly could, staying late, whether I had work in the morning or not. Anything to build support, build awareness,” says Duggins of the first few months of her tenure. “I believe representation matters, so I knew I had to be out there in order to engage the part of the community that I was trying to attract, which were people of color, more lesbians, more black lesbians in power.”

But before long, and after a transition in leadership, according to Duggins, she sensed a lack of will on the board’s part to take concrete steps to be more inclusive of LGBTQ communities of color.

“I began to notice that certain events were not in favor. I knew in order for us to attract the people who really needed to be serviced, we had to consider things like event location, if people are aware, if people are being made aware. These things cause hindrances for people to actually participate.” Duggins also says, where efforts were made to make Pride events more racially inclusive, they were primarily focused on entertainment.

Eventually, she says, conversations about meaningful ways to make Charleston Pride more diverse culminated in 2018 when she proposed that the board adopt the Philadelphia Pride flag, which adds a black and brown stripe to the rainbow flag originally designed in 1978 by Gilbert Baker.

The group agreed to include the flag along with the original pride flag, but discussions broke down after that, Duggins says. Soon after, Duggins says she resigned.

Less than a month later, Duggins decided to start Charleston Black Pride. “The goal for Charleston Black Pride is basically to be a resource for the LGBTQ community of color,” says Duggins. Adding that the shape that support takes will include financial literacy workshops, leadership building and other educational programs. “We want to show more than just entertainment. We want to be of actual support.”

“Saturday, we’ll be in the Pride parade. I have asked everyone to go to the festival and support the artists and be a part of the festivities.”

It is, perhaps, an indication of Duggins’ ultimate goal: “I would like to see us all come together as one under Pride, because we need to know that we stand strong together. But in order for us to get that strength we have to separate, because there’s a trust factor.”

Charleston, of course, is not the only city to have a Pride and a Black Pride. Many established celebrations have grown out of a sense of marginalization experienced by members of LGBTQ communities of color everywhere.

“Representation and awareness matter,” says Duggins. “Without it, you feel out of place and ostracized within a community that is supposed to love you and not judge you. There are prejudices within Prides, and some people don’t want to speak about it because they say that the rainbow is accepting of all, but not in every city.”