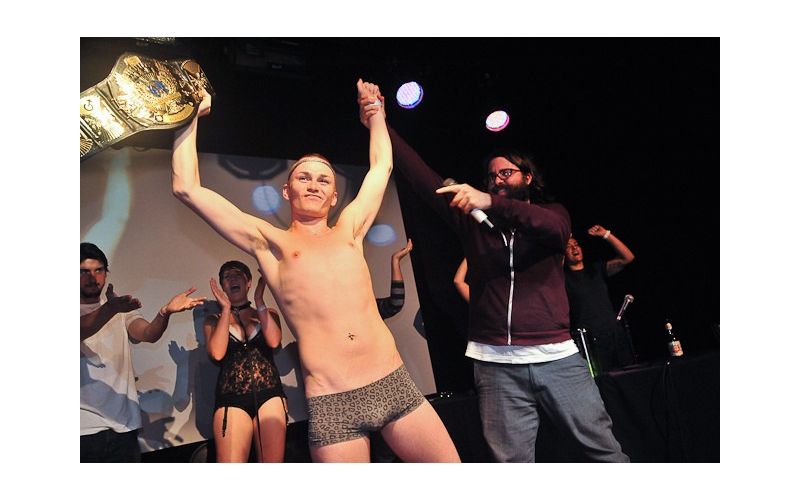 Even Howard Stern thinks it's gross

The next time you’re caught jamming out on your air guitar, relax — at least you weren’t caught having air sex.

Air sex is the act of having fake sex with an imaginary person to a steamy song. And it turns out it’s a very real sport. Think that creepy men who are living in their mother’s basements are doing this? Think again. Air sex is so popular that there’s an air sex competition traveling around the U.S., and this month the Air Sex World Championship competition will hit Chucktown with all its strength.

The competition began in the home of the weird, Austin, Texas. It started as a silly parody of the Austin Air Guitar Competition, but quickly grew from a game to a full-blown culture. The competition took to the road, and this year the Air Sex World Championships celebrates its fifth season of throbbing and thrusting by traveling to 30 cities across the nation. In each city, local air sexers compete to win prizes and the regional title of Air Sex King or Queen.

If you think this is disturbing, you aren’t alone. Even Howard Stern said that the sport was “highly offensive” after a brave soul performed it on America’s Got Talent. Air sex has also been shown on TV shows like Bad Girls Club. Apparently, if you aren’t feeling awkward and uncomfortable while watching, then you aren’t watching right.

On June 12, the air sexers will come crawling out of the woodwork of Charleston to participate and enjoy the competition. If you want to see what you’re in for, click over to Youtube to watch the Air Sex World Championships Sizzle Reel for some motivation. If you would like to thrust your way to victory you can apply by emailing your sexy stage name and song choice to christrew@gmail.com.