After Annapolis, a threat to journalism that we’re not discussing 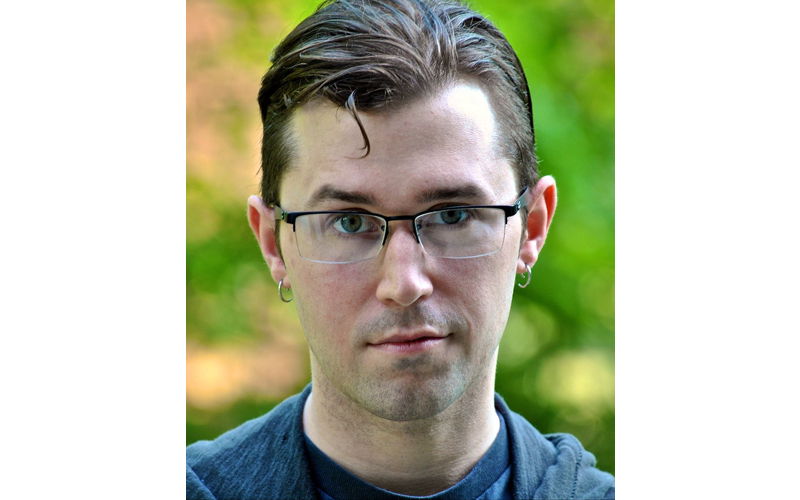 A License to Print

My dad called me this past week to ask if I had been shot. As news of the attack on the Capital Gazette newsroom in Annapolis began to spread, his intentions were twofold: This was partly my dad’s way of half-jokingly asking me to relay whatever information I had about the shooting, which took place less than 30 miles from where I was at the time. His second concern was the possibility, no matter how remote, that if a gunman were willing to open fire on a community paper newsroom, the same may have just happened to his son.

Spend any time in a newsroom and you’ll see the threats and harassment that seep in. This is nothing new. For some unexplainable reason, many anonymous readers prefer to rip articles from the newspaper and scrawl their messages along the margins in cramped, uneven handwriting.

Then there are the times when you are simply death threat-adjacent. Like on Nov. 8, 2016, when the reporters covering the trial of Michael Slager, myself included, received an evening message from the local police saying that the courthouse had received a total of four bomb threats throughout the day.

Reporters have a habit of doing things that are in direct opposition of the basic safety lessons you teach a child. “Don’t talk to strangers” being the absolute antithesis of the profession. There are multiple occasions when I’ve been on my way back to the office and received a text from my editor asking if I was still alive. As with the call from my dad, there are layers to these messages. They are partly a bit of gallows humor to acknowledge that I was doing something stupid. But at the same time, no editor ever wants to see a reporter harmed on their watch. And they know that is a distinct possibility.

In the wake of the Annapolis shooting, much has been said about President Trump’s continued description of the press as the enemy of the American people. While the man in custody for the Annapolis shooting reportedly has a history of harassment against the Capital Gazette dating back years, there is an understandable belief that the president’s words have fueled a growing animosity toward journalists. In the few opportunities I’ve had to cover the president, I’ve felt the glares and heard the boos that get directed toward the press pit. According to a 2016 police report, President Trump’s criticism of the press was specifically mentioned in a death threat received by a columnist writing for the Charleston City Paper.

Of course, this is not the first time that an American president has attempted to undermine the press.

Only seven years after the First Amendment established our nation’s free press, President John Adams signed the Alien and Sedition Acts. These allowed for the imprisonment of both immigrants and journalists deemed to be enemies of America. History, as has been said far too many times before, has an ugly habit of repeating itself.

But with so much recent discussion of the president’s open contempt for the press, I haven’t heard anything about another emerging threat to journalists: their livelihood. New tariffs implemented by the Trump administration on Canadian uncoated paper have raised the price of newsprint, according to the Wall Street Journal and Washington Post. Increased production costs, of course, could very well trickle down to newsrooms already plagued by salary cuts.

In the Charleston metro area, the median annual salary for reporters and correspondents — including those in print, radio, and TV — has fallen by 23 percent in the past five years alone, according to data from the Bureau of Labor Statistics. In 2013, the median income for a local reporter in Charleston was $37,790. By 2016, that number had dropped below $27,800 before climbing to $29,070 the following year.

The same year that Charleston reporters brought home the smallest paycheck they had seen in years, state Rep. Mike Pitts (R-Laurens) filed a bill that would have established the South Carolina Responsible Journalism Registry Law. The Upstate Republican later shrugged off the proposal to force journalists to register with the state as a rhetorical exercise to point out the press’ hypocrisy over gun rights, but Pitts’ very real piece of legislation would have established licensing fees for journalists wishing to do their jobs of reporting in the public interest — including on Rep. Pitts and the rest of state government.

With salaries on the decline, the number of journalists employed nationwide by daily publications like the Capital Gazette has continued to dwindle. According to the American Society of News Editors’ most recent newsroom census, daily newspapers employed 32,900 journalists in 2015 — a drop of almost 4,000 employees from the previous year and the largest drop since the Recession.

In her book The Influencing Machine, media analyst Brooke Gladstone offers up a keen description of journalists working in the face of harsh criticism from those in power. She writes, “American governments will always lash out at discordant speech when they feel threatened, either by an external enemy or by an enemy within — and no one who can write or speak is immune from its sting. The press is merely the loudest canary in the coal mine.”

The last sentence there is always what’s stuck with me — mainly because it recognizes that we are all trying to breathe the same air.

We are your neighbors and we are local journalists