After 28 years on Broad Street, women’s boutique Utopia closes one door and opens a few others 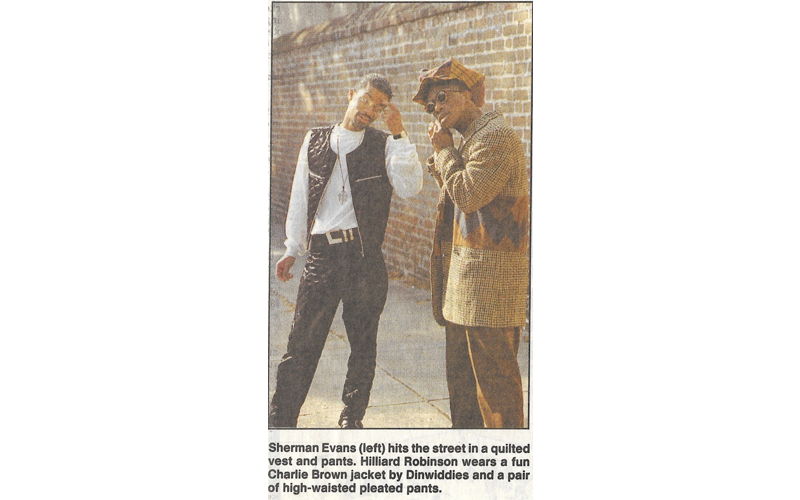 “The concept of utopia is not static, it’s evolution and growth and expansion. To just keep staying in the same is not living up to the ideal of what utopia is.”

Beki Crowell and Sherman Evans first opened Utopia, a women’s boutique on Broad Street, 28 years ago. The year was 1991 and demand was high for funky street fashion in a sleepy Southern town.

What started as Beki’s in the Market in a booth a few blocks away, became a full-blown boutique, steps from the Four Corners of Law. Utopia called itself the “Fifth Corner of Law” — fashion.

“There wasn’t street fashion, there was still the preppy Birkenstock look,” says Crowell of Charleston’s style almost three decades ago. “We dressed the young, hip, fun crowd. It was very city, very urban. We’d get all the alternatives in here, coming down conservative Broad Street.”

Even in 2019, Utopia is a bright light of something a little different, a warm oasis on a chilly November night, tucked among law offices and traditional art galleries. Since ’91, those art galleries have gotten a little more varied and the clientele downtown has grown more diverse. With growth, of course, comes growing pains, including rising rent and the move toward online shopping. Coupled with the logistics of running a small boutique in the Amazon era, Crowell and Evans have grown up too. They have new avenues to explore.

“I’ve been working with vibrational healing for the past five years,” says Crowell, whose spiritual memoir, Bare Beauty: My Journey of Awakening, was published last year. Crowell is also an artist; her work hangs on the walls of Utopia, a vestige of the boutique’s early days as part gallery space (it was tough to sell the works, so they moved to just displaying Crowell’s pieces).

Evans and Crowell have found that owning a clothing boutique is an excellent opportunity to flex their creative muscles — and help other people in the process.

“When you step into a space like Utopia, you should be safe to experience yourself,” says Evans. He admits that some women took a while to warm up to a man helping them find the perfect dress, but Evans is all effusive praise when you find that special something. “I tell them, ‘It’s the dress, not you. It’s always the clothing, not you.'”

Years ago, Crowell hung a sign in the dressing room, one that aligns with the welcoming, open vibes (the good juju, as the two say), that you can find at Utopia. It begins, “Your hips are not too wide,” listing other body parts that may seem too round, too small, ending with “You’re absolutely perfect just the way you are.”

That sentiment has resonated with a lot of shoppers in Charleston — just look at Utopia’s Facebook page to see the memories shared by years-long patrons. People found prom dresses, wedding dresses, and even future spouses at Utopia. As the couple reflect now, they think fondly of the years of hard work put into the little boutique that could.

“We used to do crazy stuff,” laughs Evans. Before the pair had three grown kids, before their clientele grew up and moved away, there were parties, fashion shows, boundary-pushing advertising. Even 30 years later, you may blush at the boldness of the store’s ads, designed by Colin Quashie, whose provocative work is currently on display at the Halsey Institute of Contemporary Art.

“I painted one of our customers who was a stripper,” says Crowell, describing a cutting-edge fashion show held many moons ago. “I painted her in fluorescent paint so when she danced on stage and moved under a black light, she glowed in color.”

You can see some of that same energy and color — perhaps a bit more subdued, but still brilliant — at Utopia’s final party, held on Sat. Dec. 7. They’re thinking of it less as a funeral (don’t be sad, y’all) and more of a graduation.

“This choice is really letting Utopia evolve,” says Crowell. “Even though we’re closing the store, the soul will live on. I don’t know how that will look, but it’s not going to look the same. It’s got to be different. I’m excited to see how it reveals itself.”