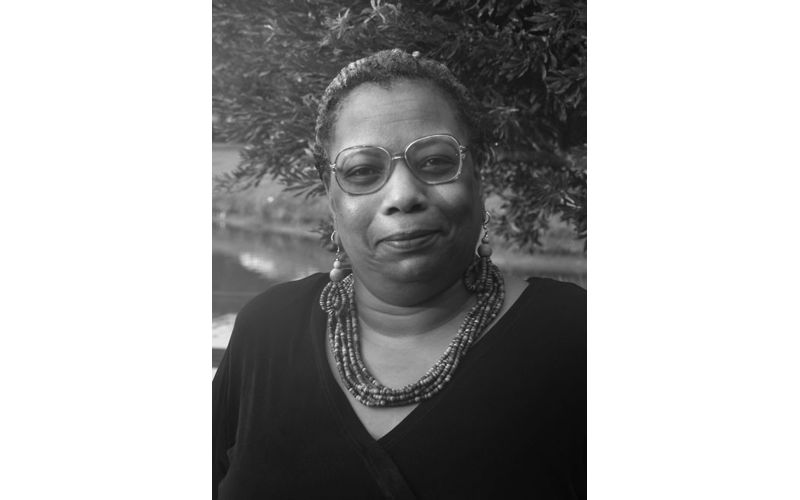 Elmire Raven still remembers the first woman she helped out of an abusive relationship as director of My Sister’s House, the only Charleston-area domestic violence shelter for women. It was in 1989. For years the woman had been abused, and for years she’d suffered through it. Finally, she knew she had to leave. By then she was in her 60s. She had a broken arm the day she came to My Sister’s House, telling the shelter director it happened when she fell down a flight of stairs. Raven suspected otherwise.

“I actually did her intake process, so I picked her up from the police department and all of that,” Raven says. “She, of course, was nervous because she’d never left [her husband] before. But I think one of the things that happened for her is she was there with other women who were going through the same thing. So she was able to tell her story, which she had probably never done before.”

As Raven worked with the woman at My Sister’s House, the staff learned something.

“We found out that three of her four daughters were in abusive relationships,” Raven says. “That is most certainly one of the reasons why the cycle has to be broken.”

A quarter century later, Raven is still helping women find their way out of violent situations. My Sister’s House sees about 500 women come through each year. So it wasn’t surprising to the shelter’s director when South Carolina ranked highest in the nation for women killed by men. The report, conducted by the Violence Policy Center, put the Palmetto State’s homicide rate at 2.54 per 100,000. And it’s been getting worse. South Carolina jumped four spots ­— from No. 7 to No. 2 — in last year’s national ranking for domestic violence deaths. But the reality behind those numbers aren’t necessarily reported in the news. Many violent crimes that fill police incident reports, emergency rooms, and courtrooms are never reported.

At a recent news conference, Attorney General Alan Wilson read the names of the 48 women who were killed last year by domestic violence in South Carolina. Some were stabbed, others shot, some beaten with baseball bats. Not long after Wilson read the final name, two more victims showed up at a local morgue. A 22-year-old Nuclear Power Training School student in Charleston killed his girlfriend and her 8-year-old daughter in their home. The brutal double murder came a week after Gov. Nikki Haley declared October Domestic Violence Awareness Month.

As director of the S.C. Crime Victims’ Council, Laura Hudson has dealt with domestic violence issues for 30 years. She’s seen her state bounce around the top of the Violence Policy Center’s rankings for some time. There’s a complicated answer for why that is, and part of it, she says, is cultural.

“Southerners are very ‘stay out of my life,'” says Hudson. “This is my world, this is my house, this is my mobile home, this is my truck, this is my family, this is my wife, these are my children and dog, and so on and so forth. There is a possessiveness I think more so in the Southern states than there are in other states. If you have the attitude that your wife or your significant other is your private business and that you just will do whatever you want to, I think it lends itself to a level of violence.”

Another potential reason for high domestic violence rates is offenders being let out of jail too quickly.

“First and foremost in South Carolina, our laws are often not holding perpetrators accountable,” says Rebecca Williams, who directs prevention and education for the S.C. Coalition Against Domestic Violence and Sexual Assault. In a recent Upstate case, a 30-year-old man who had been convicted for domestic violence multiple times was sent to prison only after his seventh conviction. His first was in 2001; the most recent involved him trying to run the mother of his children off the road after an argument outside a Spartanburg restaurant. That happened on New Year’s Day, but he wasn’t convicted until August. He’s expected to serve one year in prison for the crime.

“That’s just a very specific example, but what we see is, time and time again, perpetrators are getting out,” Williams says. “They’re not being held accountable to the laws that we have already.”

During the last legislative session, Rep. Rita Allison (R-Spartanburg) introduced a bill that would require judges to keep criminal domestic violence offenders in jail without bond for 48 hours. Judges in South Carolina can keep suspects in jail for that long, but it’s up to their discretion. “What we tried to do with my legislation was to strengthen that to almost require them to keep them the maximum time that they could in order to give [suspects] time to cool off,” Allison says, “time for children and the other member of the family to get into a safe home.”

If abusers are let out too soon, they could end up going back to the scene of the crime in an aggravated state, maybe even to finish the job. The bill Allison sponsored after hearing horror stories from victims’ advocates died last session.

“The push back on it was they just thought the judge should have that discretion,” she says, adding that she aims to introduce it again when lawmakers return to Columbia in January.

Blaming victims is also a problem.

Back in 2005, then-Charleston lawmaker John Graham Altman made national news as a bill to protect victims of domestic violence was moving through his committee. His comments about women in troubled relationships touched off a firestorm when he said he couldn’t understand why women continue going back to men who abuse them. That’s a viewpoint, Hudson of the the Crime Victims’ Council says, that is still shared by some magistrates and judges throughout South Carolina.

Former Attorney General Henry McMaster, who made prosecuting those who commit criminal domestic violence a priority during his term, says there are myriad reasons women might not be able to leave an abusive relationship. “It’s just a cycle … a lot of people would fault them,” he says. “You can’t fault them.”

McMaster realized solicitors throughout the state needed help making cases stick. He secured millions of federal dollars to help county solicitors fund prosecutors who would work only on first-offense criminal domestic violence cases. He also set up trainings and a program in 2003 where lawyers could work pro bono for the Attorney General’s office, helping prosecute offenders in the courts. McMaster’s dad became one of the lawyers, as did one of his brothers. Around that time, a Columbia judge began setting aside certain days when he heard only cases for criminal domestic violence and worked with victims’ advocates. At the time McMaster set up the pro-bono program, he says it was a model for the country, but still more must be done. These days the program has 39 attorneys in four of the state’s 46 counties. Each lawyer chooses how many cases he or she wants, which ends up typically being one case per year, and the conviction rate is about 70 percent.

One of those lawyers is Steve Matthews of the Columbia law firm Haynesworth, Sinkler, Boyd, PA.

“The volunteer prosecutors generally handle first offense and misdemeanor. We don’t see the really gruesome events,” Matthews says. “Those are handled by experienced full-time prosecutors. What we usually see are episodes that indicate that there may be a problem developing. To the extent that you can deter somebody who is developing violent tendencies or starting to manifest violent tendencies, all to the good, because you may prevent some of the more significant sorts of injuries or, God forbid, death, which occurs all too often.”

Elmire Raven knows that all too well. She’s seen thousands of women come and go from My Sister’s House in the past 25 years. For anyone in a violent relationship, she says the first thing they need to know is it’s not their fault and no one deserves abuse. The second step is picking up the phone, where My Sister’s House offers a 24-hour crisis line. The number is 1-800-273-HOPE.