A thank-you letter to Steve Jobs 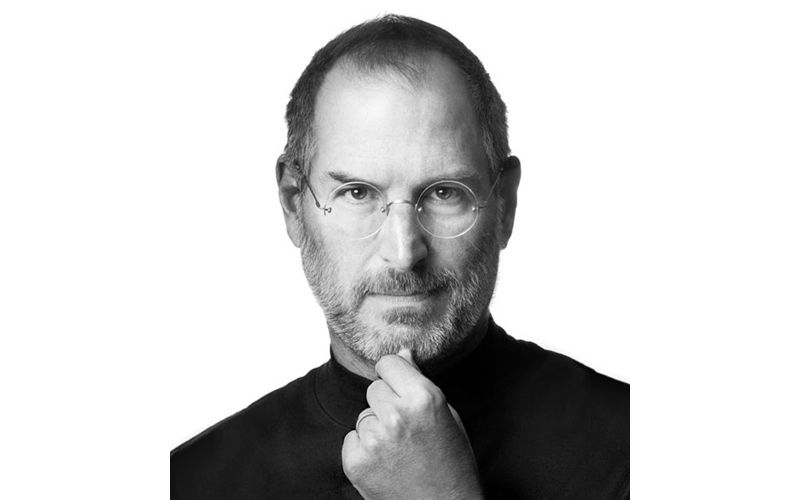 Made on a Mac

The tech world and beyond has been reeling from the death of Apple Computer visionary Steve Jobs. He passed away on Wednesday after struggles with pancreatic cancer. Eloquent testimonies about his contributions to consumer culture and business acumen are all over the net now. Mine is a more personal story.

Back in the summer of 1983 I found myself climbing winding mountain roads near Cupertino, Calif., on my way to computer camp. I had signed up for robotics and assembly programming, but they plopped me down in front of an Apple II+ and said, “Try LOGO and BASIC instead.” That Apple II was the flagship model of the newly minted Apple Computer Company, founded by Steve Wozniak and a pre-turtleneck Steve Jobs.

In between canoe battles and bad grilled cheese sandwiches, I toiled away writing little routines that made a turtle scoot around the screen. Within a week I was learning the fine art of variable arrays.

After the summer, I returned from California to my home in Jacksonville, Fla., where I attended St. Paul’s Catholic School. They had a fledgling computer lab in a small room with two Apple IIe’s. Those were state of the art — and expensive — back then, and I spent a lot of time picking apart the BASIC flashcard programs they had. So much time that I had an arrangement to stay late and work after the school closed.

It had a self-locking front door, and I was trusted to make sure it closed behind me. One night, I was working on a little game and stayed later then usual. Dinner time came around, and I wanted to go eat and come back. I decided to put scotch tape over the lock and come back later.

I did go back, but just to pick up the plastic box of 5 1/4 inch floppies that had my life’s work on them. The next morning I got called to the office, and the Mother Superior had a grave look on her face. I had forgotten to pull the tape off the lock and left the door open all night.

I got two swats for that. I took the beating, but what hurt the most was being grounded from the computer lab for a month. Within a year, though, the lab moved upstairs and got a new Apple IIc and a Franklin knockoff. I also got a shiny new key.

The foundation of what I learned in those years has given me the tools to make a living to this day. Jobs was an early advocate of educational computing and his effort put Apples in schools around the country. Many people’s first experience with a computer was on an Apple at school.

Just four months ago, I went to Haiti to teach photography to street kids down there. Our team took three Powerbooks, two printers, and over 50 donated digital cameras. For many of those kids, it was their first experience seeing a computer. The sense of magic and awe was undeniable, amplified by seeing their own photos on the screen.

One of the kids, Jouvens, sat down next to me during the workshop to give me his memory card with his photos. I was talking to another teacher, and he got impatient. He put the card in, launched Adobe Bridge from the dock, and chose the correct icon for his card. The thumbnails from his shoot dutifully flickered onto the screen. He double-tapped the touchpad, zooming in on the first image. I’m sure he had seen me do it before, but it was my turn to be in awe. It’s also testament to the simplicity and purposefulness of the Apple UI, groomed by Jobs.

Shortly before that trip, my aunt Kate was living her last days in California surrounded by family and friends. It was hard to be so far away and live the experience with a few phone calls and some Facebook posts. My dad figured how to install Skype on his iPhone, and we set up a time to call. The first image I saw was of him walking around his house from the point-of-view of the iPhone. It was a sublime and ultimately healing moment.

Beyond the hype, branding, or zealotry, that device facilitated a very real, very human connection between me and my father during a difficult time. Other phones can also do that, but years of attention to simplicity and real-world usage enabled him to set that up with ease.

Thanks, Steve. Thanks for giving me the tools to keep a roof over my head, teach others what I’ve learned, and for keeping me connected with my family.