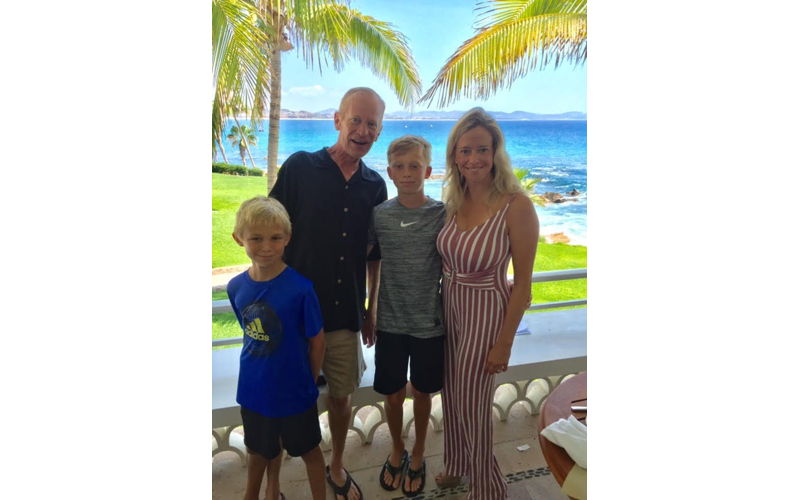 For the 21 years I’ve been publisher of the Charleston City Paper, you, the readers, haven’t heard much from me directly. I’ve been the sort of publisher who’s stayed out of the pages and focused on the business behind the scenes. But over the course of 1,100 issues, I’ve been here every day working with the City Paper team, my second family, to put out a great newspaper.

As I write this, I’m taking my first sick day ever, and it’s for a cruel reason I have been reluctant to share.

At age 50, I was diagnosed with amyotrophic lateral sclerosis, otherwise known as ALS or Lou Gehrig’s disease.

As a highly active, Type-A personality, I have to say it’s been hell on earth. ALS sucks. A motor neuron disease, it affects the function of the nerves and muscles, and the way it affects each person varies. There are two types of ALS, sporadic and familial. I have the sporadic version, meaning my two sons are not at risk genetically.

The disease starts with muscle weakness and leads to muscle atrophy. My arms were the first to be affected, but I was originally told it was due to a cervical issue that neck surgery would correct. But after many months of evaluation by neurologists and neurosurgeons, we discovered it was far worse, and I was diagnosed with ALS. This evil enemy continues to march on as I continue to fight back with various trials, supplements, research, and every other strategy we can harness to combat, slow, or beat it.

If there is a cure for ALS, I want to be a part of it. This degenerative disease is not as rare as you may think. My wife’s uncle died of ALS in 2011. Then, a dear family friend’s mother passed away from it in 2015.

In 2016, when I told my wife Christine that I thought I had this disease, she did what any good wife would do and told me that I was crazy. Then, she explained that it was mathematically impossible, only one in 50,000 people ever get it, and we have already known two people. Clearly, she thought we were safe, as ALS would not strike any closer to our family than it already had. It’s not the kind of thing you think can ever happen to you or your spouse, especially while raising young boys.

Over the last 19 months, I have aggressively fought this disease by enrolling in two seemingly promising clinical trials at Massachusetts General Hospital in Boston.

A close friend helped me gain access to the trial, which was a first of its kind. My stem cells were harvested and sent to the City of Hope, Calif., where they were grown and then injected back into my spinal cord. This trial involved 14 trips to Boston over a 12-month period — I was the first person in the U.S. to complete the trial. Throughout, we felt that the stem cells were slowing the progression of the disease, and that I was one of the lucky ones receiving my own stem cells as opposed to the placebo. Unfortunately, after the completion of the year-long study, my stem cells were no longer available to me.

After I showed a serious commitment to finding a cure, the doctors at Mass General seemed to take me under their wings. They offered me an opportunity to be one of only 12 people in the United States to participate in a second clinical trial that hopes to block neuron death. My wife and I have been to Boston six times in the last three months so the sponsor can determine the safety of the drug in humans.

I want to be a part of finding the cure for this cruel disease, and I’ve been putting up a hell of a ruckus to fight it back each and every day. Christine says I am being brave and tenacious, but I don’t feel like I have any other choice.

We finally told our boys in July, when their ages were 9 and 12. They have emerged as even better versions of themselves as their helpfulness, leadership, compassion, and kindness have become even stronger. We are both very proud of what wonderful young men they are and how much they help.

My dedication to my staff, partners, readers, and advertisers remains unwavering. I am committed along with my team to build on our 21-year legacy in the Charleston area, and to keep producing what I think is the best weekly newspaper in the country.

I will continue, as always, to go to work.

I am immensely grateful to our readers and advertisers for their ongoing support and our staff for their dedication. My family and I ask that anyone in our lives stay in our lives as they are, we are not looking for sympathy but your prayers. And I ask that our City Paper family continue to create the best arts and entertainment weekly, week after week, and I know they will.

We are extremely grateful to the friends and family who have helped carry us through this terrible past year and a half. We are thankful for all the blessings we have, despite this disease. And we will likely create a way to fundraise to further find a cure to ALS. Thank you all for your love, concern and support. We, the City Paper, have great things planned for 2019.