A new lawsuit might finally help S.C. inmates with Hepatitis C get the treatment they need 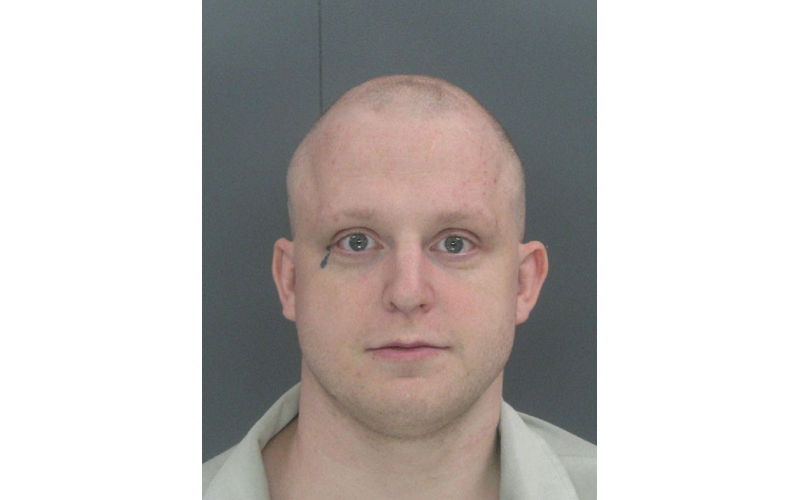 Dustin Steele was taking a shower when he cut his thumb on a razor left on a soap dish at the Ridgeland prison in March 2015.

Steele, 37, says he got used to unhygienic conditions and stray toiletries during his three-and-a-half years at the men’s medium security prison in Jasper County, but he wasn’t expecting to have to see a doctor because of it.

“I knew that there were people in there with HIV and Hep C and all kinds of other stuff,” Steele said in a phone interview from his home in Columbia. “I’m like, ‘Uh oh!’ So I actually went [to get tested] that day.”

But it was too early to tell. According to the Centers for Disease Control, it generally takes about two to three weeks for the viral load to appear in a patient’s blood.

Steele waited, believing that the South Carolina Department of Corrections had his best interest in mind. After all, when he found out he had a bicuspid aortic valve (an aortic valve with two leaflets, instead of the normal three), he was dutifully transported to Columbia Heart Hospital for echocardiograms and CT scans every six months.

“That part they took care of,” he said.

But when he tested positive for Hepatitis C about two-and-a-half months after accidentally cutting himself, he says he heard nothing but radio silence from those entrusted with his health and safety under the law.

“It took them well over a year before they even tested me again, at which point I no longer qualified for treatment because I was being released in six months,” Steele said. “Basically, they put it off for over a year so they didn’t have to treat me. ”

Steele’s story is fairly common in corrections departments throughout the country. Standing at the intersection of prisoner and patient, sick inmates are at the mercy of correctional health care systems that often cite costly treatments and tight budgets when justifying carefully rationed treatment.

A 2017 study by researchers from Emory University found that one in seven state inmates might be infected with Hepatitis C. The journal Health Affairs conducted a survey that found that less than one percent of infected inmates were treated in 2015, according to the 41 states that reported data.

The South Carolina Department of Corrections does not automatically test incoming inmates for Hepatitis C or similar viruses, and it only provides care when its doctors have decided that the disease has reached a bad enough stage.

“The lawsuit seeks really two things: One is opt-out testing for all inmates,” said Geissler’s attorney, Christopher Bryant. “And the second is treatment that is in line with the standard of care. The standard of care is, with very few exceptions, everyone who has Hepatitis C should be treated because there is a cure.”

Hepatitis C is an especially tough disease to pin down, which may explain why so many people go untreated. It’s one of the most common causes of liver transplants in the United States, according to the CDC, but most people with a chronic infection display little to no symptoms until it progresses to severe liver damage that, in the worst cases, can lead to liver cancer. Nearly 20,000 people in the United States died from Hepatitis C-related causes in 2014, according to data published by the CDC in May 2016.

The elusive viral infection must be looked at on a case-by-case basis, according to Dr. Eric Meissner, who specializes in HIV and Hepatitis C at the Medical University of South Carolina in Charleston.

“The hard part, to be honest with you, is that the rate at which liver disease progresses is different with different people, so understanding the urgency to treat Hepatitis C is, in part, contingent on knowing where an individual patient’s liver is,” Meissner says. “All patients would benefit from access to Hepatitis C therapy, but because of the cost and the number of patients infected, it’s challenging for health care entities to reconcile those two things.”

Effective oral treatments with high cure rates have only been available for a few years, and they remain extremely expensive. An NPR report from 2017 puts sticker prices anywhere between $26,400 for the lowest-costing drug, Mavyret, up to $95,000.

The SCDC told the City Paper that they do not comment on pending litigation, though a spokesperson pointed out that the department’s entire health budget is only $74 million, not enough to properly treat the more than 5,000 inmates potentially living with Hepatitis C in the state’s prisons, according to Geissler’s lawsuit.

A new program in the state’s prison system will only serve 16 inmates with Hepatitis C, according to Geissler’s lawsuit, based on numbers Bryant found in the SCDC proposed budget for the fiscal year 2018-2019.

Jessie Steffan, a staff attorney at the American Civil Liberties Union of Missouri arguing a similar case that is currently tied up in court, argues that there are options for states concerned with the price of treatment, including partnering with other states and negotiating in bulk.

“They’re not actively trying to do those things, so I don’t think it’s all cost,” Steffan said in a phone interview with CP. “I think there’s a tendency to dehumanize people who are incarcerated.”

She also notes that a significant number of inmates end up on Medicaid, Medicare, and other state and federal health care programs upon their release. That means that both patients and governmental budgets could benefit if prison systems took responsibility for properly treating the disease.

The Missouri correctional system identified more than 5,000 inmates with Hepatitis C in 2016. By the end of that year, they had treated slightly more than a dozen with a cure, less than half of one percent, and the state has given the ACLU no reason to believe that number has gone up.

“Denying people with Hepatitis C treatment with these drugs that cure the disease is unconstitutional,” Steffan said. “To me, it’s an obvious Eighth Amendment violation.”

Geissler alleges that he has been repeatedly denied treatment since he was diagnosed with Hepatitis C in January 2014.

In 2009, Samuel Anthony Wilder contended that SCDC discriminated against him by denying him access to a Hepatitis C clinic because of the cost of the treatment. SCDC argued Wilder maintained normal liver function testing levels for “several years,” and was not in need of treatment. His request for a preliminary injunction was denied.

In 2014, an inmate by the name of Thomas Webb filed a similar complaint seeking treatment. The department’s treatment protocol at the time required that an inmate have a minimum of two years left on his or her sentence (the new protocol lowers that to one year), be compliant with current medical treatments, have no drug or alcohol hoarding convictions, and be counseled. Webb was determined to not meet the criteria due to his psychiatric condition.

But recent precedent for Geissler’s class action lawsuit seems to be on his side. In November, a federal district judge in Florida ordered that the state’s prisons begin providing drugs to all inmates with severe liver damage by the end of the year, according to The New York Times.

“This Court will not tolerate further foot dragging,” Judge Mark E. Walker wrote. “One can only wonder how long Defendant would have kicked the can down the road had Plaintiffs not filed this case.”

In Massachusetts, the state’s corrections department reached a settlement to treat those with the most serious cases within 18 months.

Steele, the former inmate from Columbia, says prison staff continuously ignored his grievances after he was denied a second test. He still hasn’t gotten proper treatment, but he hopes Geissler’s lawsuit can change things for those still inside.

“I just wish I could’ve gotten help while I was incarcerated,” he says.