It's all about connection for Awendaw Green and Eddie White 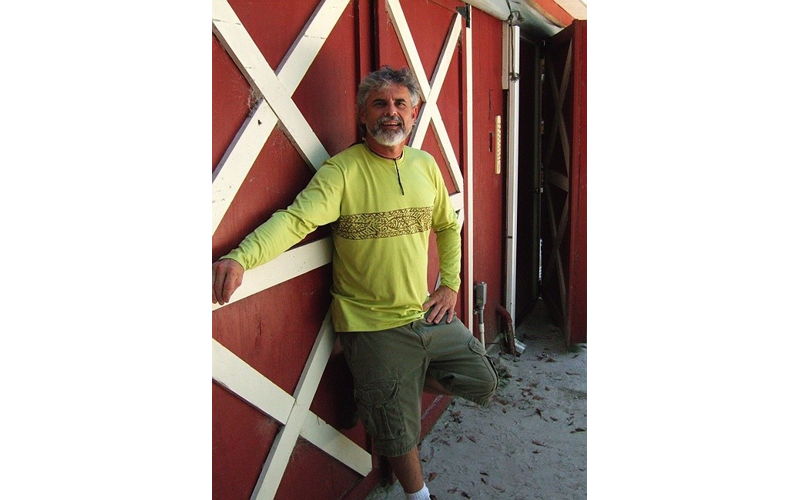 "We didn’t intend for this level of connectivity to happen," admits Awendaw Green exec Eddie White, the main organizer of this week’s four-day Rocktoberfest music festival. "It’s been so organic, and it’s touched a raw nerve, both within musicians and their audience. The magic has been in how we’ve helped create a scene. This kind of thing happens only if it was meant to happen."

The idea of creating a musical and cultural crossroads of interaction and mutual support has been among the handful of White’s goals over the last year.

A local dentist and music enthusiast, White, his wife Laurie, and a small team of collaborators seem like unlikely sponsors for such a situation, but their enthusiasm and dedication is just as genuine and inspiring as any behind-the-scene heroes in rock history.

The Whites’ children have played brass instruments in the Wando High School Band for years (son Clay White also plays bass with local indie-rock band The Whisperjets). Working as Wando band boosters led to more involvement with fundraising and awareness for the family.

Last year, White generously opened some of his scenic property in the south Awendaw area as a woodsy, pond-side music venue under the name Awendaw Green. In the spring of 2008, he and a few music-fan buddies booked a series of casual backyard jam sessions and gigs. The loose jams gradually accelerated into a fully-realized, well-organized, series of shows.

Over the summer, White and a pack of in-the-know co-organizers — Rob Lamble of Ear for Music, Dan Henderson of Suncoast Promotions, and several others — made elaborate production arrangements and booked four dozen acts for what would take shape as the first Rocktoberfest, a two-day festival of music, food, and community. Over 40 local and regional bands performed on two stages to raise money benefiting the Wando High School band program.

"We want the fund to focus on acquiring band instruments," says White. "If people would like to donate an instrument, I can guarantee them a very good home. This can be an incredible legacy issue, and we can make a major impact with some of the struggling band programs."

The instrument fund for the schools is only part of the Rocktoberfest story, though. As he acquainted himself with more and more musicians, White’s interest in bolstering new relationships and creating new performance opportunities increased terrifically. The mix of musical styles on this year’s massive schedule of over 70 acts reflects the rich diversity of bands and audiences in the Charleston scene and nearby regions.

"Since last year, our whole goal was to cross-pollinate genres and generations, and I think we’ve succeeded beautifully," says White. "People are still talking about last year’s event."

White’s first experiences with the challenges of organizing such an event actually came about five ago when he put together the Music & Oysters for Wildlife fundraiser for the Seewee Association. The get-togethers cemented a relationship between White and Seewee Outpost co-owner Brooks Geer.

"Brooks shares a love of music like I do," says White. "He tends to range in bluegrass moments. There’s been a great synergy between our business and his business."

This year, the concert venue officially moved from the usual Awendaw Green stomping grounds to an adjacent field behind the Seewee Outpost. In recent weeks, White has spent many afternoons on his tractor and bush hog, clearing out about eight acres of shrubbery to make room for the Bridge Barn Stage, the City Paper Woods Stage, and the Moultrie News Porch Stage. Stage Presence Equipment Rentals have assembled the stage, audio, and lighting facilities.

Caterers from Boone Hall Plantation will be on hand at various concession stand points, and local micro Palmetto Brewing Co. will have a variety of ales and lager available as well. Attendees are encourages to bring their own seating.

"We have a true festival set-up," White says. "The stages are scattered around the area. We’ve had our little world at Awendaw Green, but now we’ve moved it just a tiny bit, two doors down.

"Last year, it was an under-the-radar, totally grass-roots moment, but this year, we’ve had a more sophisticated and connective level of awareness about it," he adds. "I tried to keep the grass-roots nature of the event and allow the level of sophistication to be much higher."

We’re all consuming more news than ever, but in these uncertain times, we know reading an endless stream of discouraging news can be exhausting. Charleston Currents, a City Paper sister publication by our publisher, Andy Brack, focuses on just the good news from around Charleston. Updated weekly on Monday, it features commentary, photo essays, mystery […]