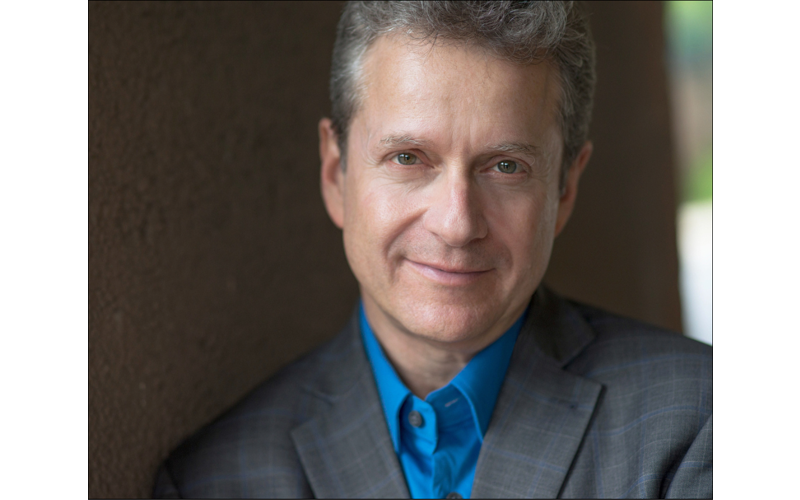 For the past 15 years, comedians Scott Blakeman and Dean Obeidallah have been finding humor in building bridges. Specifically, they’ve put a humorous and heartfelt spin on closing the gap in the relationships between Jewish and Muslim communities both here and abroad. Considering ongoing news stories of the continual unrest between the Israeli and Palestinian communities in the Middle East, the idea of finding levity in what can seem like a hopeless situation has turned Blakeman, who is Jewish-American, and Obeidallah, who is Muslim-American, into de facto ambassadors of both humor and hope.

“Initially Dean and I knew each other from the comedy world and did some shows together. We both lived on the Upper East Side of Manhattan, and we’d both take the crosstown bus,” says Blakeman. “And literally one day by the end of the ride we came up with the idea of having Jewish and Arab comedians and calling it ‘StandUp for Peace.'”

Putting their idea into action, the pair soon organized and performed at a comedy fundraiser for Seeds of Peace, a summer camp in Maine that brings together Israeli and Palestinian teenagers to foster awareness and unity. “After that performance, we started getting inquiries from similar organizations and community groups and it really took off from there.” Since then, StandUp for Peace has been presented at several colleges, Jewish community centers, mosques, and theaters.

Blakeman considers what he and Obeidallah do onstage as a means of focusing on the similarities and commonality of who they are, showing the absurdity of the boundaries that can confine, yet thankfully not define, the lives of Jewish- and Muslim-Americans.

“It’s definitely about fostering a dialogue to find solutions to the Israeli-Palestinian conflict, but it’s evolved into pointing out that, in general, Muslims and Jews are in a similar situation,” says Blakeman. “More so Muslims these days, but as two groups of persecuted people we surely have a lot in common in our background.”

While the show is geared toward Jewish and Muslim communities, Blakeman is emphatic that StandUp for Peace encourages all walks of life to enjoy a night of laughter. “We welcome everyone to come see us perform. We want to foster and encourage tolerance and respect amongst all people; not just Jews and Muslims,” says Blakeman. He believes that StandUp for Peace appeals to liberals, conservatives, and all folks in between since humor is the main thread of the show, woven through his and Obeidallah’s life experiences and observations of life as two decades-long comedians — who just so happen to also be Jewish and Muslim.

“The message goes beyond boundaries. I think anyone who likes to laugh will find some humor in the show,” he says. “It’s ultimately about just being a person dealing with common experiences.”

In America and abroad, we now have multi-generations that might only be aware of Jewish and Muslim relations as one of conflict between Israelis and Palestinians. It is a negative view that is both misconstrued and possibly self-perpetuating. While performing with Obeidallah for the past 15 years, Blakeman has continued to witness an encouraging change at the many colleges that have hosted StandUp for Peace.

“When we do the college shows, we always say that the show is already a success even before we get on stage — because usually the Jewish and Muslim groups cosponsor it. So a lot of times those groups are meeting for the first time and working together so that only increases the dialogue.”

Over the course of the show’s 90-minute run time both Blakeman and Obeidallah come out together and perform for 10 minutes. Then they each perform separate 30-minute sets, and then come back together to close out the show. The night is wrapped up with a Q&A session between the comedians and the audience.

“Some comedy is harsh but that’s not what we do. It’s really about tolerance and having fun. There’s so much overlap between Jewish and Muslim people. We talk about our families and various customs,” says Blakeman. “But in the end, I think we show that we really are all the same.”

Contemporary America is surely divided more now than it has been in decades. The documented rise in national hate crimes and anti-Jew and anti-Muslim rhetoric and vandalism has resulted in a wave of anxiety and injury to both communities. Some colleges have chosen to feature guest speakers with controversial and divisive views, creating more protests and discord than civil discourse. Blakeman points out that demonization of Muslims has become particularly pointed and is critical of our current administration’s view of Israel as a “real estate deal.”

“Things are happening over there now that even the Israelis are loudly protesting; things like cutting off aid for refugees, education, and hospitals. What does that accomplish? You hurt people and it brings you further away from any chance of peace,” says Blakeman.

While StandUp for Peace surely touches on political comedy, standing together as one on common ground is the goal.