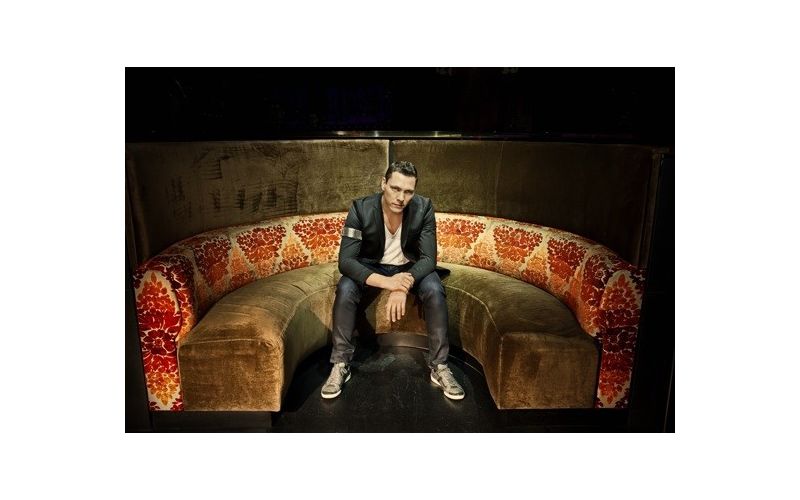 Tiësto's worldly style comes from a kaleidoscope of influences

Tiësto (a.k.a. Tijs Michiel Verwest) needs no introduction. The Dutch producer and DJ is one of the kings of electronic music, reaching crazed audiences in every corner of the world, from his native Netherlands to the rest of Europe, Asia, Australia, and everywhere in between. He founded Black Hole Recordings in 1997, where he met producer Dennis Waakop Reijers. The pair worked together ever since.

The Dutch DJ’s first album, In My Memory, helped launch him to superstar status, and his legend has only grown since, to the point where anything with his name on it sells millions. He launched his own radio show, Tiësto’s Club Life, in the Netherlands in 2007, and his familiar yet varied style has inspired countless others.

He says his latest album, 2009’s Kaleidoscope, marks “A move back to my beginnings,” incorporating a mix of everything into his tracks.

Demonstrating the reach of his music, his current three-month tour is taking him all over North and South America, to smaller American cities from Amherst, Mass., to Charleston, Gainesville, Fla., and Austin, Texas, before heading to the West Coast. After that, he heads to Mexico and travels down into Central and South America. We caught up with him during a recent break from his busy tour.

CP: What was the first music you remember hearing around the house, before you were consciously choosing it? And as you got older, what music helped to form your sound?

Tiësto: A bit of everything. Elvis was big in my house, as was Iron Maiden.

CP: There are many names for the broad genre of music you’re such a big part of. How do you define your genre?

Tiësto: The sound has been changing a lot lately. It’s much more eclectic and groove-based than it’s been in the past. There’s no one genre to describe it because I’m playing around with a lot of different genres nowadays.

CP: How would you like people to refer to DJ-produced music, or is it even worth caring about how it’s labeled?

Tiësto: I don’t tend to spend too much time thinking about labels. They get in the way, particularly in this day and age when traditional genres are getting more and more blurred. For me, it doesn’t matter how people want to label my music. As long as both the fans and I are enjoying what I’m playing, then it’s exactly the kind of music that I want to play.

CP: How were you able to put together a vision for what you wanted with so little precedent?

Tiësto: I’ve tried to stay true to what moves me and then present a vision of that to the world. I think I achieve that every day.

CP: Will technology continue to be a more ingrained part of popular music?

Tiësto: Technology is only going to keep getting more advanced, and it’s going to keep opening doors to new possibilities. People can now produce music at home with a laptop and listen to music at any time with the click of a mouse or the press of a button on a phone. I can’t even imagine what’s next to come from an advance in technology, but you can bet that it will most likely affect music even more than it is affected already.

Tiësto: Without a doubt, electronic music won’t be thought of as a niche genre in the way it has in the past. That said, trends in music are so cyclical that it’s pretty difficult to predict where things will be in 20 years. What you can say is electronic music is here to stay for a very long time.

CP: Did electronic music and the rave culture grow up together, or is one a product of the other? How do you feel about the fact that you can’t really separate the music from this culture?

Tiësto: Whether or not they were always paired together, it was undeniable that they would eventually be paired together. Electronic music is filled with so much energy that people listening have no other choice but to go crazy and have an epic time listening to it. Why would these cultures ever need to separate from each other when they go together so greatly?

CP: What are the differences between the European and American styles?

Tiësto: It’s hard to generalize, as musical styles are slightly different in every country in Europe. The most noticeable difference with the U.S. is that genres aren’t so separate, and the audience loves a blend of house, electro, and dubstep. This makes what I do really exciting as it gives you a bit more freedom to play a diverse set.

CP: Kaleidoscope takes your music in a new direction. You experiment with a bigger variety of styles and genres than ever before. What was your thinking behind the change?

Tiësto: These changes are more a move back to my beginnings than away from them. When I first started DJing, I was playing a mix of everything and that’s what I am starting to do again now.