A day of YA with Veronica Roth, Rae Carson, and 48 more authors 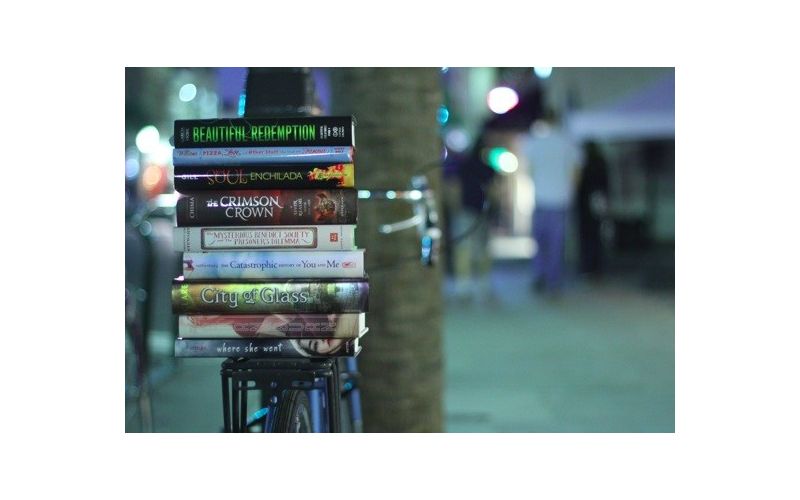 It is 9:15 a.m. on November 9th, and I am walking down John Street toward the Charleston Music Hall. The day is a perfect temperature for a 14-year-old girl and her friends to peruse the buffet of authors who have arrived in Charleston for the third annual YALLFest, Charleston’s Young Adult Book Festival. As I near the theater, I am greeted by the sight of a long line of people trailing down the alley and around the corner of Hutson Street. At first, there is no real connection between the young, excited children, large groups of teenagers, and scattered adults. Eventually, however, one begins to see a pattern: everyone in the group is holding at least one book.

So begins the YALLFest, an all-day event when readers and aspiring writers gather to hear a wide variety of authors discussing the most outrageous and creative topics that only a group of people with a talent for storytelling could imagine. This particular early morning scene is for the Keynote event, featuring the New York Times best-selling author of the Divergent series, Veronica Roth, and the author of The Girl of Fire and Thorns, Rae Carson. Readers have arrived at early as 6 a.m., hoping to be one of the lucky five hundred who will get their book personally signed.

The day continues. Everything about the occasion is cordial and good-natured. The fans gather before and after events, swapping tales. The authors are kind to their fans, engaging them in conversation during signings or between panels. Even when one of the authors falls ill, unable to attend his signing, everyone is kind and supportive. Instead of being upset, they express their sympathies  and hope he feels better.

Each one-hour panel brings new and sometimes hilarious ideas to the table for authors to discuss. Some focus on the idea of a “strong” character while others had the audience involved in creating a wildly insane story, acting out bits and pieces of the anecdote.

The festival comes to a close at 6 p.m. with the always entertaining YA Smackdown. It starts with a band, Tiger Beat, comprisingf authors playing cover songs from the 1980s plus originals such as the “Clones of David Levithan.” The audience is excited and amused by the display, getting up and dancing or tossing around the massive beach ball thrown offstage by the band. Finally, all the authors come onstage to play a series of games where they create hilarious and bizarre improvisations.

All in all, the day is successful. Although there may have been some books left unsigned and some panels missed, I leave the theater at the end of the show withe the semi-exhausted feeling of complete and utter contentment and sense that I am surrounded by others in the same state.