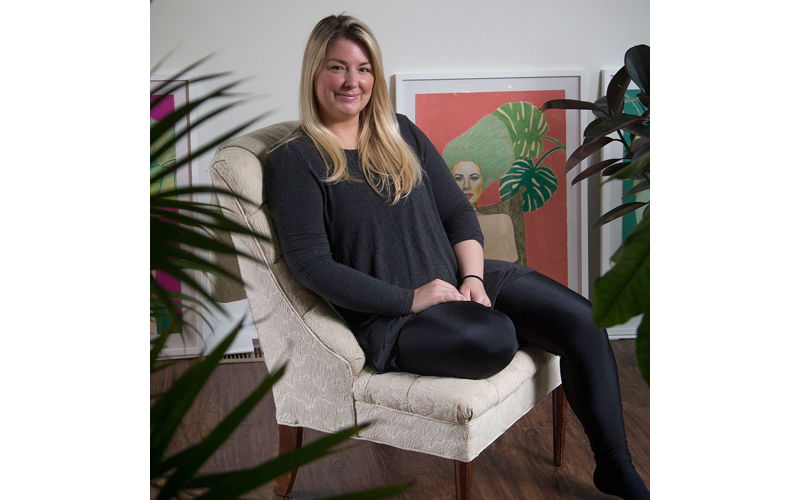 House of the Rising Artists

Beresford Studios is located at 20 Fulton St., directly behind Neal Rice’s house. Rice, a senior at College of Charleston majoring in Arts Management, named the gallery after the street it’s on. Confused? Fulton Street was called Beresford Street until the 1960s, an area of town that Rice says was once the red light district of Charleston.

“I wanted to embrace some of that historical vibrance,” says Rice, who adds that Beresford Gallery sits across the street from a former brothel. The gallery, which, at 400 square feet, features gleaming wood floors and large windows, is something that Rice kind of stumbled upon. It came with the house he lives in, which formerly belonged to artist Corrie McCallum, wife of William Halsey (for which the Halsey Institute of Contemporary Art is named).

McCallum had the space outfitted as a studio, so Rice is lucky in that regard — when he decided to open Beresford he was already working with a space that was zoned as commercial real estate. And if you’re wondering how a college kid is funding this project, he tells us that his savings account has taken a big hit. “I see that it’s worth it,” says Rice. “A way I look at this, this is a real resume builder.”

And as far as starting and running his own gallery, Rice has had a lot of help from local artists, including Chambers Austelle, who he met while interning at Redux, and who helped him make the gallery a reality. “I showed the space to Chambers and she’s like, ‘Let’s do it,'” says Rice. “We started planning in October and we were discussing it and we had hoped the time frame would be a little different (post election). But it’s still such a relevant topic.”

Austelle’s exhibition at Beresford, Birdcage, features images of women in domestic scenes. She ventured away from using solely acrylic paint for this show, adding wax and chalk pastel. “I’m interested in how women are treated in our society,” says Austelle. “It’s always something, even from when I was a child, that I questioned. Because we live in the South people would say, ‘Oh that’s just how it’s done.’ And I’d say, ‘Oh I don’t think so!'”

“I’m interested in incorporating those ideas into the work,” she says. The scenes in Birdcage feature women in domestic spheres, or as Austelle describes it, “women isolated in their homes.” “They’re really beautiful and when people look at them at first you don’t see anything wrong. You have to look a little bit deeper.”

“I want people to be engaged with it, to spur that conversation and discussion,” says Rice. He hopes to fill the studio with works from emerging, contemporary artists, cycling in a new exhibition every month. “It keeps it fresh, keeps it dynamic. I want to bounce back and forth between work on the wall and installation-based art.” He says that he’s currently talking to local artist Hirona Matsuda, who specializes in interactive mixed media, about the gallery’s next exhibition.

Birdcage has an interactive aspect too, but Austelle doesn’t want to spoil the fun for visitors. She does tell us, though, that Birdcage is more than her works on the wall. “We’re gonna be installing our living room in the show,” says Austelle, who lives with her husband (and CP contributor Matt Dobie.) “Our house pretty much looks like a grandmother’s. We have two matching pink couches from the 1940s. You’re walking into the show and you’re just immersed in it.”

This theme of domesticity and the caged woman isn’t just something Austelle has seen in society — she’s felt this way, too. “I looked at them [her paintings] and realized that I was these women, in a completely different way,” she says. Because while Austelle is no housewife, she does work from home, leaving her to ponder her role as an artist and as a woman in that space.

“The Southern opened up and it’s like OK, now what? We need more spaces. It just needs to happen,” says Austelle. She and Rice see Beresford being used as more than just a place for visual arts, too; they can also imagine small jazz concerts being held in the studio, and heck, even yoga classes if someone were so inclined. “I don’t want Beresford to be old or young, but new transitional middle ground,” says Rice. “The city can merge with the student population. We all just wanna see art thrive, see that really beautiful part of this city.”

In SC, virus surges on Thursday along with vaccine plans

South Carolina’s percent positive of coronavirus cases remained above 20% for the second-straight day on Thursday as health professionals signal a glimmer of hope as they prepare the way for vaccines to be administered in the coming weeks. The state Department of Health and Environmental Control (DHEC) reported 1,754 cases of COVID-19 in South Carolina […]

The South Carolina Stingrays return to the ice on Friday, Dec. 11.

In SC, virus surges on Thursday along with vaccine plans