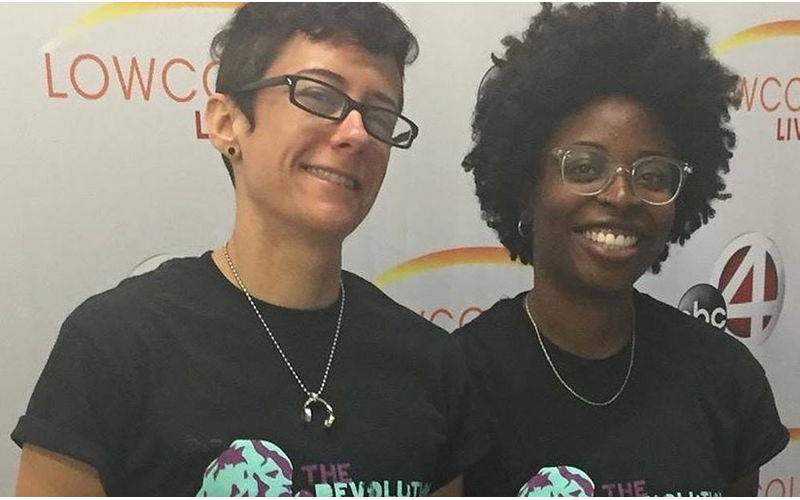 When Melissa Moore took a full time position at We Are Family in 2010, the organization had $3,000 in the bank after spending years fighting against a 2007 S.C. constitutional amendment banning same-sex marriage.

“I saw the only other LGBT youth organization in the state fold around that time,” Moore told the City Paper. “I can’t say for sure that it was the marriage fight that put the final nail in the coffin, but I know that it was so poorly resourced, as any LGBT youth work in the South is.”

Eight-and-a-half years later, WAF has partnered with the city and other nonprofits to open a daytime resource center that also doubles as the organization’s headquarters. With four established support programs and a training arm that helps educate organizations and employees about sexual orientation and gender identity, Moore, 40, felt it was time to pass the baton.

”I’m old,” Moore said. “I kind of feel like WAF needs to be run by people who are closer in age.”

In January, WAF was finally sustainable enough to add Nijeeah Richardson to its roster. The 24-year-old Charleston native currently serves as the organization’s social worker and director of support programs — such as QTPOC, a group for transgender people of color and Queer Space, a group for young adults.

Richardson will take over as executive director in January 2019.

“I know that Melissa always wanted to transition of We Are Family as executive director and pass the torch to younger generation of activists and community leaders, and I’m just honored that I’m the person,” Richardson said.

WAF will focus on building out its support groups, the largest of which, Safe Space, sees about 30 LGBTQ youth ages 12-17 every Tuesday. Richardson says that LGBTQ homeless will also remain a top priority.

The All of US resource center on Meeting Street opened in June. It was originally meant to service homeless LGBTQ youth, but the city, which fronts most of the Meeting Street facility’s costs, stressed that the center needed to service the city’s entire homeless population.

“A long term goal of ours has been to create this program that concerns homeless youth, especially homeless LGBT youth, so that’s something that we will hopefully look forward to, trying to carve out more space in our program for that,” Richardson said.

The organization has one other full-time staffer, Demi Hickman, who manages the on-site thrift store.

Moore is still weighing other offers, but hopes to remain in the nonprofit or higher education sectors.