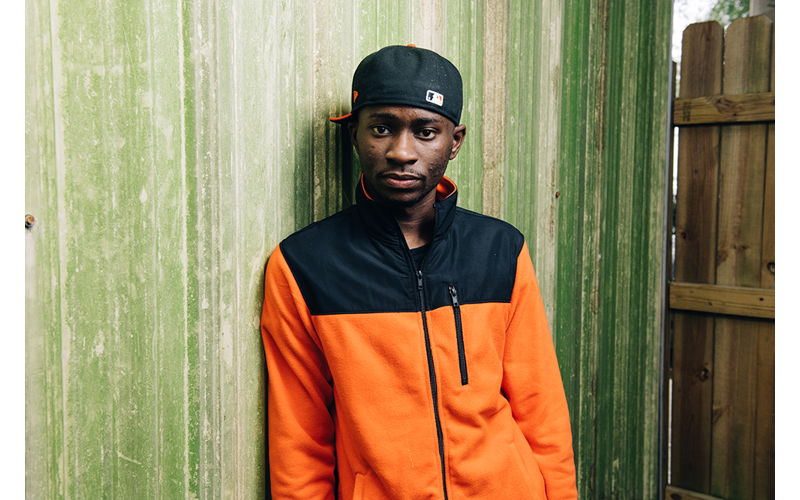 Some will tell you that the sign of a good producer is a good tag, that little audible signature that gets thrown onto the beginning of a song by artists like Metro Boomin and Pi’erre Bourne. It elevates the producer and their artistry into the same level as the vocalist, and it’s part of why producers have become as publicly recognizable as rappers. Gone are the days when discussing great producers was relegated to hardcore hip-hop heads.

Of course you don’t have to have a good tag to be a good producer, but North Charleston’s ZachOnTheTrack still hit it out of the park with his. His tracks begin with the voice of an accusatory toddler tattling on the producer by saying, “Mama, Zachary’s making beats again!” It sticks with you. You’re never going to confuse ZachOnTheTrack with anyone else after that. At the young age of 20, he already has your attention.

But to build up the kind of experience and output that ZachOnTheTrack has, he had to start producing early. “I started making beats as a hobby around 8th grade,” he said. “Then in 10th grade I had a job and my mom actually made me quit it so that I could take beats seriously full-time.” His relentless workload has helped him mine a definitive use of bass, 808 drum machines and other digital percussion. He doesn’t work so much within a specific style or genre of production, as he wants people to know it’s him by the way his percussion sounds.

Most of his output goes straight to YouTube, and the internet has already taken him far. His biggest credit to date, “All Week” by Florida rapper Rod Wave, was just released on Nov. 12. The song topped 1 million YouTube views in 24 hours, and is a tremendous sign of things to come for ZachOnTheTrack.

In a state that doesn’t have a strong music industry infrastructure, that kind of success can be a means of moving up and getting out. Zach knows that’s going to be a necessary part of his goals as a producer, but he doesn’t want his connection to Charleston to end by gaining fame. “We don’t produce as many artists as we should,” he said. “I’m aiming toward getting bigger and getting out of the city so that I can come back and put more people on.”

Zach isn’t shy about what he’s capable of either. “I want to go Gold or Platinum,” he said.

Lauren Hall is just as confused as most of us are about what “Americana” means, these days. “Country music has broadened a lot,” she said. “We have a lot of different artists that bring in a lot of different sounds, whether it’s R&B, pop or rock, so I think they don’t completely fit into the […]