Another Year in Paradise 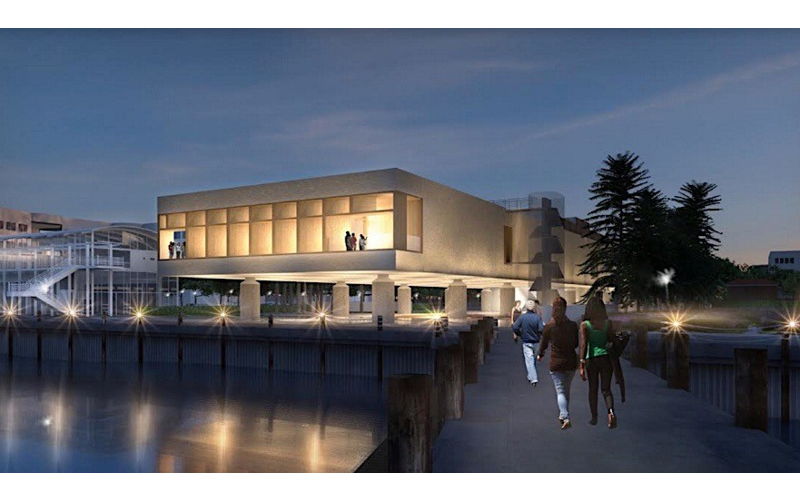 If you thought 2019 was a busy year in Charleston, buckle up for 2020. With a new batch of local leaders ready to tackle big issues (hopefully) and even more discussion around transportation and our historic city’s modern role (not to mention that whole election thing), the next year will be a doozy. But for now, let’s take a look back at some of the biggest news stories of 2019, many of which we’ll surely hear more about in the coming months.

Charleston voters opted to reelect Mayor John Tecklenburg to another four-year term in November, but they voted for big change on city council. When members return for the new year, city council will have four new faces among them, three of whom were elected over multi-term incumbents. Marie Delcioppo will become the second female member of a council with a bad case of “macho finger wagging,” as we wrote in our October endorsement for new leaders on council. In West Ashley and on Johns Island, Ross Appel and Karl Brady are voices for a younger generation in areas of town playing catch-up as the effects of development and flooding become more clear. Downtown, Jason Sakran edged out longtime Councilman James Lewis. Council looks a lot different than it did a decade ago, but the changes are likely just beginning, with new district lines set to be drawn in the coming years. —Sam Spence

Charleston re-elects Tecklenburg in a runoff amidst mob of challengers

This year’s mayoral and city council elections were the culmination of months of campaigns from dozens of candidates across Charleston. In a runoff election held on Nov. 19, Mayor John Tecklenburg came out on top of challenger Mike Seekings with 61.8 percent of the votes. Tecklenburg attracted some criticism as the city’s first mayor since Joe Riley, becoming a scapegoat for residents looking at the problems facing their communities. However, Tecklenburg pushed ahead, fighting through a gridlocked city council to pass through a formal apology for the city’s role in the propagation of slavery in Charleston, among other accomplishments. While the city continues to face the threat of climate change head-on, another item high on Tecklenburg’s priority list, affordable housing, has gotten much-needed attention as the city moves to build hundreds of new units. This past year’s election seemed to circle around a small number of issues, namely development, traffic, and flooding, the last of which Tecklenburg said he has grown obsessed with. To be fair, with the potential threat, perhaps obsession is what is needed. —Skyler Baldwin

Amidst international debate about climate change and the multitude of issues it brings with it, and global rallies like the Climate Crisis Moment, the City of Charleston has made dealing with increasing flooding a top priority. The Dutch Dialogues released its final, 252-page report this year, after a 14-month long period of meetings, research, and planning. The document includes recommendations for new and innovative strategies to combat flooding and is one of the newest instruments in the city’s tool belt for fighting rising waters brought by the changing climate. Unfortunately, not everyone seems to be on board with some of the strategies. One proposal by developers to fill a portion of Gadsden Creek downtown reached a boiling point this year, as members of the public raised their voices and flexed their rights to be heard by their leaders, sharing concerns at public meetings. Though the proposal includes components to alleviate some flooding concerns, locals say the area bears historical and personal significance to nearby communities, with one opponent calling potential proposals a “false binary.” Public opinion is mostly unified in that solutions to flooding can be found that don’t involve the loss of natural ecosystems and family fishing spots. —Skyler Baldwin

Remember when candidate Donald Trump gleefully blabbed U.S. Sen. Lindsey Graham’s cell phone number to the crowd at a Bluffton campaign rally? Graham rightfully called the guy a “jackass” and went on for a while in disbelief as Trump bumbled his way to the White House. Since then, his good friend U.S. Sen. John McCain has died, and for a while, Graham seemed adrift. Faced with the prospect of having to do the hard work of policy and diplomacy without someone to clear the way for him, Graham has taken the easy route to ensure the TV bookers keep calling by hitching his wagon to the America’s Clydesdale in chief. He even told The New York Times as much this year, admitting his obsession with staying close to Trump is an attempt at staying relevant (Really, he said that). Graham faces re-election in 2020, and some think his political about-face has more to do with appeasing his base in a primary than anything. He’s got his highest-profile challenger yet in longtime S.C. Democratic leader Jaime Harrison, so we’ll have to wait and see if anyone gives a rip about Graham’s relevance besides him. —Sam Spence

Pedestrians and cyclists will have their own bridge across the Ashley River thanks to federal funding awarded in November. The Better Utilizing Investments to Leverage Development (BUILD) grant, provided by the U.S. Department of Transportation, will give the City of Charleston $18.15 million for the $22 million bridge. The grant application received near-universal support from elected officials. U.S. Sens. Graham and Tim Scott and U.S. Reps. James Clyburn and Joe Cunningham all sent letters of support to Transportation Secretary Elaine Chao in 2019. The BUILD grant is a huge victory for transportation advocates in Charleston, who hope the pedestrian bridge will lower the number of collisions between vehicles and pedestrians. —Heath Ellison

Nearing the end of Donald Trump’s first term as president, hat after hat after blue hat has been tossed into the ring. More than a dozen Democratic candidates (and a couple of Republicans) are vying to take a shot at America’s dear leader. The Democrats have been busy in S.C. and Charleston this year, and community leaders have seized every opportunity to get down to the nitty gritty with those swinging through for a quick chat. Not only that, but toward the end of the year, it was announced that the Gaillard Center will host the 10th televised Democratic debate Feb. 25, just days before the Feb. 29 Democratic primary. Republicans, on the other hand, totally blew up their primary, announcing there would not be one in 2020 just before former U.S. Rep. Mark Sanford announced his short-lived Trump challenge. After the cancellation, former Congressman Bob Inglis sued the state GOP, contending that the party’s decision infringes on his and others’ “ability to vote for the candidate of their choice.” Since then, Circuit Judge Jocelyn Newman upheld the party’s decision. —Skyler Baldwin

District 1 U.S. Rep. Joe Cunningham’s bipartisan bill, H.R. 1941, passed the U.S. House of Representatives in September. The Coastal and Marine Economies Protection Act “prohibits the Department of the Interior from offering any tract for oil and gas leasing” on the Atlantic or Pacific Outer Continental Shelves. This will effectively halt offshore drilling near the coastline after a controversial executive order by President Donald Trump lifted an Obama-era ban on oil and gas drilling in parts of the Arctic and Atlantic oceans. Cunningham’s 2018 campaign was bolstered by his promise to fight offshore drilling, garnering support for the candidate from several conservative representatives near the coast. —Heath Ellison

Despite what former Gov. Nikki Haley tells you with a smile, the Confederate flag has always flown as a symbol of white supremacy and racial terror. Modern-day “debate” over the flag’s significance has bubbled in South Carolina for decades, but the Emanuel AME shootings forced discussions about racism, the legacy of slavery, and willful institutional ignorance into the mainstream. That said, Charleston has done almost nothing to participate in that debate. City council narrowly passed a slavery apology last year and created a new job devoted to tolerance and racial reconciliation, but pre-Confederate icon John C. Calhoun still stands in Marion Square, and nobody seems too rushed to change that. Organizations like the Make it Right project are working to raise the national awareness about these shameful monuments. Still, as cities like New Orleans and Richmond take steps to discuss what it means to memorialize the Confederacy in 2019, Charleston waits. But for how long? —Sam Spence

This year has seen significant growth in agriculture for hemp, with 114 hopeful farmers currently planting seeds for the future of agriculture in the state. Kicking off with an earnest discussion about the differences between hemp and marijuana was important, as the two’s relationship makes it a controversial crop to say the least. In 2014, state legislators made the differences clear in a statement, but hemp’s history of being lumped in with the Devil’s lettuce has others skeptical. Despite the challenges, the Industrial Hemp Farming Act of 2017 pushed through Congress, allowing state farmers to cultivate hemp, and the results of the research and planning has been seen this year. Now, entrepreneurs like Jason Eargle believe that South Carolina is ready to compete on a national level when it comes to hemp cultivation. Part of this comes from the growing support of CBD oil, an active ingredient derived directly from the hemp plant said to help people who struggle with insomnia, anxiety, and chronic pain. With CBD products flying off the shelves, the question being asked now is whether the state’s hemp industry can keep up. —Skyler Baldwin

In late 2019, hundreds gathered on Gadsden’s Wharf to mark the groundbreaking of the new International African American Museum. With millions of dollars committed to build a place to educate visitors about the terrors of slavery perpetrated in Charleston as well as the rich living history of African Americans into the modern time, the IAAM stands to be a critical focal point in America for sober truth telling and resilient celebration. Many discussions remain ahead for how those stories are told, but with civil rights leaders like Majority Whip James Clyburn and others involved, the prospects are good that the IAAM will become a must-visit for those seeking the full history of Charleston. —Sam Spence

On a more personal note, 2019 brought major change at the Charleston City Paper. After leading the paper’s growth into a nationally recognized model alternative weekly, Noel Mermer, Stephanie Barna, and Blair Barna sold it to local journalist Andy Brack and attorney Ed Bell. We’ve seen many alt-weeklies fold in recent years, with corporate consolidation and financial challenges aplenty in media. The City Paper remains as independent as ever and in the hands of active local owners. —Sam Spence