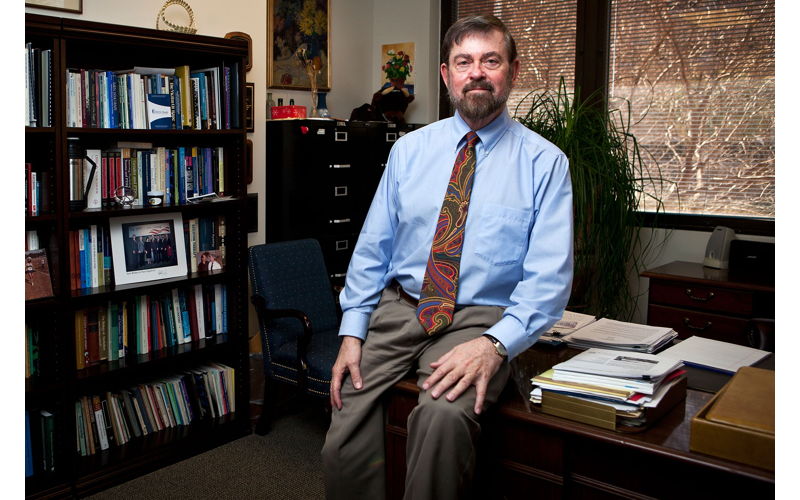 When a team of researchers at MUSC caught wind of an application request to house a mass violence resource center, they first had to decide if they even had time to plan a whole new center.

“We just said, ‘O.K., we think we have something to offer here and we’re going to give up nights and weekends to work on this proposal,'” said Dr. Dean Kilpatrick.

Kilpatrick is the director of the National Crime Victims Research and Treatment Center at the university, which researches the impact of crime and trauma on mental health and offers hands-on treatment.

The center had less than two months to submit a thorough application to the Department of Justice’s Office for Victims of Crime and Office of Justice Programs. On Sep. 28, they were notified that the $18 million grant was theirs. The award is the largest ever in the existing center’s 40-year history.

For Kilpatrick and his team, however, logistics and achievement take a backseat to the importance of mental health research for patients.

Mass violence research hits especially close to home for those at MUSC. With an earlier $3.6 million DOJ grant, they helped connect those affected by the 2015 Mother Emanuel shooting, in which white supremacist Dylann Roof killed nine people during a bible study, to resources such as therapy and mental health screenings.

The new Mass Violence and Victimization Resource Center, which will be funded by the DOJ grant, will collect information on mass violence incidents in the past. Input from victims, families, law enforcement, and first responders will help broaden the scope of what has worked for them and what can be recommended to state and local authorities. According to a MUSC news release, the OVC wants the center to help close gaps in resources and services that happen after emergency responders finish their job. That includes assessing everyone from direct victims to the hospitality workers who witnessed the shooting in Vegas, which left 58 people dead in October 1.

The new center will also look into issues of criminal negligence, such as oil spills, that lead to deaths or observable mental health effects.

“There’s national recognition and solidarity around these big events, (but) that sense of attention and care and compassion seems to fade with the next news cycle,” said psychologist Seth Gillihan in an interview with USA Today after the Vegas shooting. “The country pretty quickly returns to its baseline.”

Though research is only part of what the center does on a day-to-day basis, Kilpatrick and his colleagues have published their share of findings over the years.

“We’ve really done work together for the past 16 and 17 years now,” said Dr. Sandro Galea, dean of the Boston University School of Public Health and a research partner in the new mass violence center. “(Kilpatrick) is a global leader in understanding the consequences of trauma.”

Some of their joint publications have focused on the prevalence of post-traumatic stress and suicidal ideation after major hurricanes. A 2002 study conducted by Kilpatrick and Galea, among others, published in Psychiatry: Interpersonal & Biological Processes, found that “frequent viewing of the image of people falling or jumping from the towers of the WTC was strongly related to PTSD and depression” even in people who were not directly affected by the Sep. 11 terrorist attacks.

Kilpatrick said he noticed the same thing while working with Charleston after the Mother Emanuel shooting.

“In Charleston after AME, (the shooting) did not just affect the church itself or the family members of the victims, it really had an effect in our entire communities,” Kilpatrick said. “We’ll be doing some training of mental health professionals on how to better use evidence-based treatments.”

The new center will require an additional 19 full-time positions and 26 expert subject matter consultants from around the country, all of which will be funded by the DOJ grant. That means MUSC has to find suitable space for the center.

“We’re hoping it’s not far off campus, it would be one thing if everyone would be housed in one place, but that’s just not feasible,” Kilpatrick said.

Just a week and a half before his interview with City Paper, the killings at First Baptist Church in Texas had surpassed Mother Emanuel as the deadliest shooting in a house of worship in modern history. The shooter killed 26 people and injured 20.

“Since Oct. 1, there have been three, and I guess four, major mass violence incidents,” Kilpatrick said. “In Las Vegas, in New York, the shooting in the Texas church, and the shooting in California. The tempo of these things is why need to be doing this right now.”